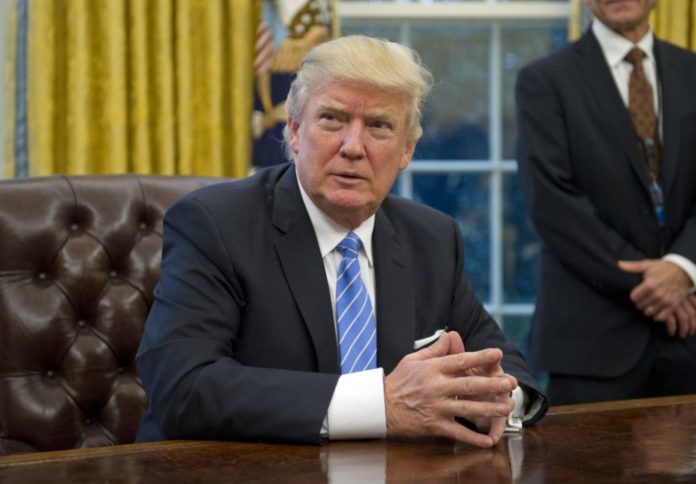 The immigration policies are a temporary stop to restrain the refugees from seeking asylum in the United States, while a second order will block visas from being issued to individuals from countries such as Yemen, Sudan, Somalia, Libya, Syria, Iraq, and Iran.

The immigration ban is said to be a temporary measure lasting just months, until the Department of Homeland Security and State Department can ensure the security process becomes more strict.

The former head counsel from the Department of US Citizenship & Immigration Services at the time of Obama’s presidency, Stephen Legomsky, says that the President is the final authority, thus having the right to exercise a temporary ban on the admissions and issuance of visas to any country he wants, but it also must be in favour of the public.

Stephen Legomsky, a professor of immigration law and relative sciences at the Washington Law University also stated that from a legal point of view, this action falls under the President’s legal rights. However, Legomsky also condemned that from a policy-making perspective, this order flies in the face of critical humanitarian need for giving refugees the asylum and safety they need.

Donald Trump will mark his seal on the executive orders in the head office of the Department of Homeland Security, the department responsible for immigration checks.

During Trump’s campaign days, he also expressed his intention to prevent Muslims from entering the United States and give those already in the nation a special identity to help Americans easily identify Muslims, and protect the United States from terrorism. Moreover, during that time, President Obama allowed more Syrian refugees to live in the United States.

Both Trump and American Senator Jeff Sessions, who is his nominee for the position of Attorney General, have stated their primary focus is to impose limited bans on countries whose asylum seekers possibly bring a terrorism threat to the United States.

However, according to Hiroshi Motomura from the School of Law in the UCLA, there is a possibility that the people who took this as a one-sided agenda against Muslims, could possibly lead to legal challenges.

Motomura also stated that during Trump’s campaign, people in his team were mostly focused on religion as their main target – and if this is the case right now, then these actions are unconstitutional.

According to the Immigration Department, Donald Trump will order the State Department to stop processing  visas to individuals from the nations on the list, and to block their entry into the United States. He can also stop anyone from entering the US, even those who currently hold a visa if they are entering from the countries previously mentioned.

Sean Michael Spicer, the Press Secretary for the White House, stated during his speech that the Department of Homeland Security along with the State Department intend to make the immigration process a difficult one, more so once the President’s nominee Rex Tillerson takes his State Department chair.

This article (BREAKING: Donald Trump Signs Order Banning Syrians, Other Refugees from Entering US) is a free and open source. You have permission to republish this article under a Creative Commons license with attribution to the author and AnonHQ.com.