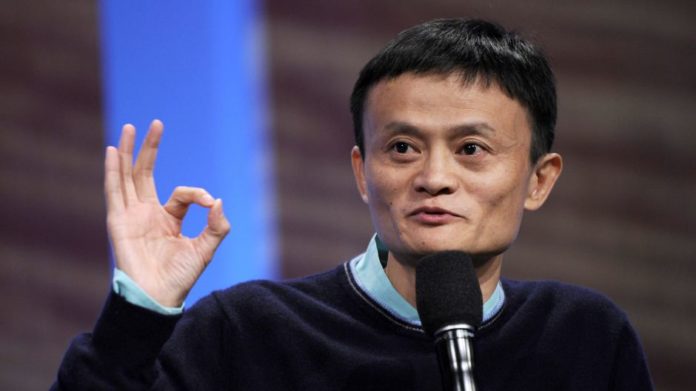 Davos — Speaking at the World Economic Forum in Davos, Switzerland, Jack Ma, the billionaire founder of Alibaba — the Chinese company that surpassed Wal-Mart as the world’s largest retailer in 2016 — said the United States has no one but itself to blame for its economic woes, and that much of the problem is rooted in wasteful spending on warfare.

CNBC’s Andrew Ross Sorkin had asked Ma about his thoughts on the American economy and how it relates to China. Incoming President Donald Trump’s stance has consistently been anti-China — the former reality TV star has long accused the Asian superpower of siphoning U.S. jobs — and he and the trade team he’s putting together appear eager and willing to impose tariffs on Chinese goods.

“It’s not that other countries steal jobs from you guys. It’s your strategy. Distribute the money and things in a proper way,” Ma said, adding, “You’re supposed to spend money on your own people.”

On the issue of military spending, the Chinese billionaire claimed the U.S. has wasted over $14 trillion on warfare over the past three decades — money that, again, could’ve been invested in domestic infrastructure and programs for the American populace.

On Wednesday, as Anti-Media reported, Chinese President Xi Jinping gave a historic speech at the World Economic Forum in Davos in which he praised globalism and made a case for China as the world’s new economic leader.

Speaking of globalization, Ma called it a “perfect” strategy, and pointed out that U.S. corporations have profited substantially from the system:

“The American multinational companies made millions and millions of dollars from globalization. The past 30 years, IBM, Cisco, Microsoft, they’ve made tens of millions — the profits they’ve made are much more than the four Chinese banks put together…But where did the money go?”

In welcoming China’s president to the stage at Davos on Wednesday, WEF founder and chairman Klaus Schwab stated, “In a world marked by great uncertainty and volatility the world is looking to China.”

Alibaba’s Jack Ma, in speaking to CNBC, seemed to echo this sentiment — that’s it’s China and the system of economic globalization that will blaze the path into the future:

“The world needs new leadership, but the new leadership is about working together. As a business person, I want the world to share the prosperity together.”

This article (Chinese Billionaire Says He Knows Where America’s Jobs Went — and It’s Not China) is free and open source. You have permission to republish this article under a Creative Commons license with attribution to James Holbrooks and theAntiMedia.org.