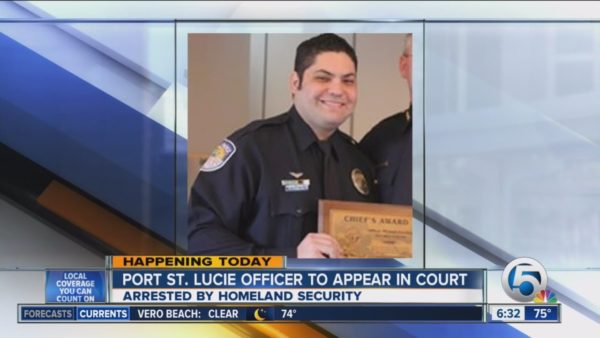 A court in the United States has sentenced a former hardworking police officer to life in prison after evidence showed that the officer has shamefully engaged in sex pornography with minors.

The officer from Florida, Michael Harding pleaded guilty to several child exploitation and child pornography charges in February 2016 and was sentenced based on his own plea on May 24 2016.

Before Harding was arrested by investigators in 2015 for his crimes, in 2011, he was named Officer of the Year while working for the Fort Pierce Police Department. Even a year prior to receiving this prestigious award, he was presented with the Exceptional Police Service award for issuing 76 DUI citations. Officer Harding therefore had such a promising law enforcement career in front of him. But his career started to falter after taking up a job with the Port St. Lucie Police Department just south of Fort Pierce in 2011. Harding also started Policy Law Institute training online in 2012, but could not finish the training programme. According to a criminal complaint, Harding communicated and shared the sickening images and videos with other sex offenders in the Kik chatroom. Investigators also revealed that Harding even spoke to another pedophile online about the possibility of swapping children they abused.

Prosecutors said Harding knew he could be caught, and even spoke online with other pedophiles about the chances of it happening, but he still continued the abuse.

During Harding final day in court when he was sentenced, his wife told the court that after the arrest of her husband, he told her that he has been having problems for years. Harding’s mother was also allowed to speak in court. She said her son had a troubled upbringing. She revealed that Harding’s father was murdered while she was pregnant, and that she used to be addicted to drugs, often leaving him with carers for days at a time.

Harding’s lawyer had also told the court that his client had been mentally ill since at least 2010. But he failed to provide medical records to back his claim.

Harding himself asked the judge for mercy and said he was sexually abused by two carers when he was a child, and that it has badly affected his sexual life. But the judge will have none of these flimsy excuses; he sentenced him to life in prison.