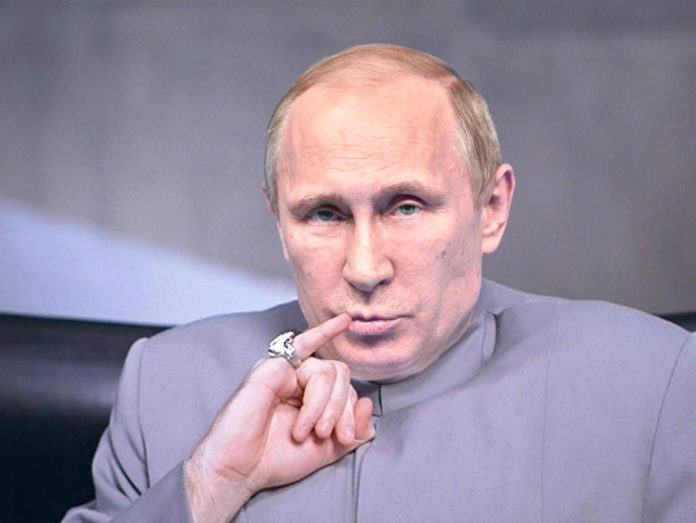 I love the smell of Bullsh** in the morning, and any google search about Russia’s airstrikes will land dozens of instances of the steamsing piles of naturally-made 100% organic fertilizer on your computer screen. The mainstream media and some of their puppet “alt” channels love to demonize Russia – especially now that it has vowed to actually wipe out ISIS.

Almost instantaneously, allegations have been abound that Russians are hitting civilians and targeting “moderates”… Some coming in even before Russia had actually struck. Does anyone REALLY believe that the rebels on the ground are able to report these things instantaneously, somehow ONLY when Russia is involved? Why is wall-to-wall real-time LIVE coverage not available when the US bombs civilians?

If Russia had really hurt innocents, I would be openly criticizing them in the same way that I have the US; at the same time, I would point out that the US have bombed 8 wedding parties so far and nobody seems to give a damn. Till the day I see real evidence of Russian “atrocity” in Syria, here are some examples illustrating the “information war” being waged against Russia:

The White Helmets and the Syrian Network are online twitter accounts claiming to be aiding Syrian civilians on the ground. Their real function is a bit more… complicated. They’ve posted exactly the same picture to their Twitter.

The picture depicts a “wounded” child- apparently hurt by Russian airstrikes. The problem is though, that the date that both organisations had posted the image conflict; both claim that the child was hurt in completely different incidents; one apparently claimed that the child was hurt on the 25th. The other, the 30th of September. The second problem? The earlier one blamed the Syrian government, while the latter blamed Russia. The third glaring problem? Russian airstrikes did NOT EVEN BEGIN until the 30th of September… meaning they must have visited the future to condemn Russia.

Perhaps the Syrian Netswork received the image from the White Helmets early, and the White Helmets forgot they’d sent it. Perhaps they thought that nobody would notice the switcheroo… it’s pretty hard to get that kind of horrific image done up on the exact day that Russians strike so… reuse and recycle one from 5 days prior.

It should be noted that the child seems conscious in the pictures, and does not seem to be in any measure of distress. The coloration seems unusual, the wounds appear to be dry despite just having received them… As for the authenticity of the actual images… I’ll leave that to you to judge for yourself.

The media doesn’t only recycle pictures… They’ve even gone and recycled an entire rebel commander’s DEATH! Captain Lyad al-Deek was a captain in the FSA, and MANY MSM articles such as The Daily Mail, The Telegraph, CBS  and the NY Times have decided to use him as an “example” of how Russia was bombing FSA dudes. They’ve also cited the 33++ civilians killed fabrication mentioned in the picture above.

Problem is, reports by pro-FSA sites from as long ago as Jan 2014 have stated that this captain was captured by ISIS. It would be such a waste not to use his death against your Western-backers’ REAL greatest enemy, now that ISIS is getting its a** handed to it on a platter.

What IS a moderate anyway?

This is not the only example of how the media tries to demonize Russia for going against the US; when the mainstream media claims that Russia is targeting “moderates” they are not lying per se. Rather, they have expanded their definition of what is “moderate”.

From Zero Hedge which had quoted The Wall Street Journal:

But with the exception of the area east of the town of Salamiyah in Hama province, none of the areas listed by the Syrian regime have a known presence of Islamic State fighters. They are largely dominated by relatively moderate rebel factions and Islamist groups like Ahrar al-Sham and the al Qaeda affiliate the Nusra Front.

Let’s see… so Russia hitting Al Qaeda is… wrong? Are Islamist factions like Al Qaeda… MODERATES?? Mind you, when the US used Al Qaeda as a reason to invade Afghanistan, there was virtually NO claims being made that Al Qaeda did not deserve to be hit… back when it was Boogeyman numero uno. Much less claims that they were “relatively” moderate! Explains why Russia’s bombing of ANYTHING ends up being called “moderate”.

Alas, truth gets sacrificed for the overarching “narrative”. While the West condemns Russia for FINALLY taking down ISIS, Russia has given assurances that the FSA would NOT be targeted, and that they would be a part of the political process.

Lavrov’s words are about the most logical I’ve heard from a politician’s mouth. From CNN:

Lavrov questioned the U.S.-led coalition’s legitimacy, given the mission had not received the consent of the U.N. Security Council or any “request of one of the countries on whose territories they operate.”

“You cannot avoid the impression that the legal basis of the coalition activities in Syria is really flawed,” he said.

“As far as I understand, the coalition announced ISIL and other associated groups as the enemy and the coalition does the same as Russia [does]. Somehow some people try to present the coalition action as leading to a political settlement and Russia fighting the same people is being perceived or presented like defending the regime. It’s absolutely unfair,” he said.

The foreign minister also questioned the logic of trying to topple al-Assad to further the fight against ISIS, asking whether the removal of Saddam Hussein in Iraq and Moammar Gadhafi in Libya had made those countries better places.

CNN OF COURSE goes on to add that there were “concerns” that other rebels were being targeted. Concern? How about some hard evidence?

It then cites some  “opposition activist” who said  via Skype that Russia was ‘Killing civilians in cold blood’ . Look how EVIL Russia is, they’re killing innocents in cold blood! Well, we should believe what he says because SKYPE calls are the best way to gather hard evidence of wrong-doing… and not simply as a means of propagating rumors cited by unknown “activists” who may or may not even BE in that country at this time.

Reuters too seems to think that a SKYPE call is legit enough:
“The northern countryside of Hama has no presence of ISIS at all and is under the control of the Free Syrian Army,” Major Jamil al-Saleh, who defected from the Syrian army in 2012, told Reuters via Skype.

Skype, Social Media Evidence, unknown “activists”… Yeah it’s all good enough- plausible deniability. When your sources come out as phony, or if he was lying about the “incidents”, just say “but he told me that he was legit… Who lies on SKYPE??”. Then hope that the People forget.

The Russians are on ISIS’s side I tell ya!

Finally, The Telegraph had this amazing piece of propaganda to share:

However, there is a fierce war going on between Isil and other rebel groups, so it may be that by bombing them the Russians are actually helping Isil. Russia denies that.

Its strategy may be that if it can help the regime defeat the non-Isil rebels, the world will gather round and help Damascus seize control of Isil-held areas too.

Seriously? On the one hand even the GREAT US army has been unable to even put a dint on ISIS… you’re telling me that the remaining rebels who have not defected or captured or beheaded or bombed by their own US “allies” could defeat ISIS?

That RUSSIA needs to stop the rebels by bombing them (The US already did that!)? Wasn’t the world supposedly bent on clearing out ISIL-held areas to BEGIN WITH, regardless of whom ended up claiming the territory? Why would Russia need to do all tha-…  My Conspiracy Theory detector just blew up.

It would be NICE if the mainstream media could actually find hard evidence of a confirmed civilian death at the hands of Russia… Eventually it’ll happen, because despite Russia’s best efforts, some collateral damage happens when you bomb ISIS- some ISIS commander’s slave girl etc.

Till then we’ll just have to subsist on independent and unbiased reports, of confirmed US atrocities  in the middle east, and Syria for which they will NEVER be held accountable for by the MSM… despite holding Russia to much “higher” standards.

The fact is that the mainstream media has often pushed the line that the US military might is insufficient to root out ISIS… that we must “live” with them and get rid of Assad first; if Russia succeeds, their lie will be laid bare…

The fact is that the US has “accidentally” lost Humvees and even hundreds of TANKS to ISIS.

The fact is that its “elite” team of 30 Syrians have long been wiped out- their cache of arms and their commander “captured” by ISIS. It seems there weren’t many other moderate rebels for the 30 to train, eh. Guess the commander will have to train the “moderate”  Islamist rebels.

The White House has the audacity to claim that PUTIN is destabilizing Syria… When it’s common sense that when Assad falls, the last bastion of security for the remaining Syrian civilians falls with him. Remember Libya and Iraq damn it, remember how terrorists took over despite the US’s “BEST INTENTIONS”.

Ask yourself, just WHO is destabilizing WHAT now?

This Article (Demonizing Russia 101:Al Qaeda Are Moderates,  Recycled Pictures, Skype Evidence,  Russia Is Helping ISIS… Rinse, Repeat..) is free and open source. You have permission to republish this article under a Creative Commons license with attribution to the author(CoNN) and AnonHQ.com.