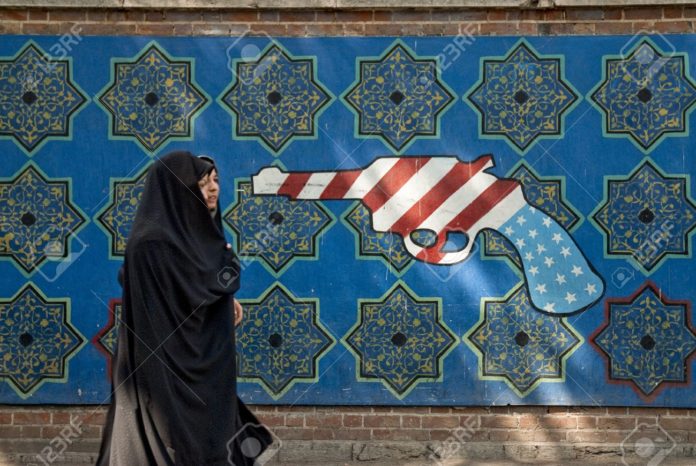 Many Americans( particularly the neocons in Washington) can’t seem to understand why Obama would put in so much effort to cement a nuclear deal with the nation; just invade it murder its women and children and be done with it already! I mean, those groups of Iranians who chant “death to America” CLEARLY represent the entire population of Iran, despite it being a country widely considered one of the more educated, liberal and open to the concept women’s rights in the Middle East.

Let’s be fair and consider the history of America VS Iran before we sentence yet another country to die for “WMDs” that did not exist.

You see, America has done quite a bit of harm to the nation despite its continuous bout with memory loss when it comes to history that does not fit the usual “Saving the Day” narrative.

First up, the Shah of Iran, Nasir al-Din Shah, sold what amounts to practically the entire economy of the country to Baron De Julius de Reuter( the founder of Reuters, that looming colossus of mainstream media hellbent on controlling how people perceive the world. Is it any wonder that Iran gets such bad press?). The deal included the operation of the country’s railroads abd canals, its mines and its forests… as well as ALL future industries. Thankfully the Iranian People were unwilling to sit by and let their collective futures get sold to slavery and the Shah had to backtrack from the deal.

British statesman Lord Curzon called it “the most complete and extraordinary surrender of the entire industrial resources of a kingdom into foreign hands that has probably ever been dreamed of.” I bet that the world would be MUCH different if Reuters owned its own COUNTRY with which to dominate the world… Corporate takeover indeed.

Before THAT terrible deal, the Shah was trying his best to sell the country’s tobacco industry to foreigners. The actions of this Shah will be representative of how Shahs in the future regard their own people, and this is despite these leaders being regarded as “reformists” who liberalized the country in the eyes of the West.

Second, the BBC aided the CIA in 1953 in overthrowing the DEMOCRATICALLY elected leader of Iran in 1953– Prime Minister Mohammed Mosaddegh. Yet more evidence that the oligarchy of Western Mainstream media is largely working hand-in-glove with Western governments in what amounts to the destruction of a nation.

The BBC had transmitted a secret code to aid Kermit Roosevelt set up the scene for what would eventually result in the overthrow of Mosaddegh. It had also blatantly broadcast pro-coup propaganda at the behest of its government handlers.

Once the, I cannot emphasize this enough, DEMOCRATICALLY ELECTED leader of Iran was ousted, he was replaced once more with a Shah, this time an overt puppet of the CIA. The US then began instructing the new dictators’s regime in the fine art of interrogating Iranian citizens… Using techniques that a CIA analyst said were “based on German torture techniques from World War II.” Yeah, TORTURE. Where have we heard that before? Oh right, the supposedly reformed liars in the CIA were recently caught out torturing detainees with full-immersion simulated DROWNING in bath tubs.

Thirdly, America had formalized plans to USE NUKES IN IRAN. I’m not kidding, America has had a bad enough track-record when it came to attacking Iraq. But the fact is, that when the Soviets seemed to be eyeing Iran, the US decided rather quickly to nuke the mountain passes from whence they might enter Iran in order to prevent them from invading the country. Thankfully, the Soviets never did show signs of wanting a piece of Iran.

If America fears Iranian nukes so much, I wonder how much of it is because US politicians remember this scenario and are fearful of retribution…Pentagon historian David Crist summed it up fairly: “No one reflected on how the Iranians might view such a scenario.”

Fourth, the US allowed Saudi Arabia to fund nuclear programs in Iraq, Iran’s greatest enemy at the time. It was bad enough that the US was helping Iraq with its chemical weapons programs, chemical weapons that would be used on Iranian soldiers when Saddam invaded Iran in 1980. Worse still, Saddam was at the time being funded by the Saudi Arabians to produce NUCLEAR weapons. The US knew ALL ABOUT this program, and let it happen! Are you starting to realise that the real issue is NEVER that some country has done something bad(such as build nukes) it’s that these bad things ONLY MATTER if they happen in countries the US does not like.

Nearly 1% of Iran’s ENTIRE population perished in that war against Iraq, and it would have been far worse had Saddam really had nukes to use too.

Fifth, if you think groups of random citizens chanting death to America is bad… What if you keep hearing LEADERS of Iran chanting that mantra? Well, for Iran, that’s basically what the US has been doing all along. Literally.


Feast your eyes upon the great warmonger-singer John McCain as he sings about destroying Iran. Now, when a mob of citizens chant death to America… they don’t really have the power to make that happen. In fact, their own leaders do not have the power to make it happen… America on the other hand… and to hear this rhetoric from its politicians…

Admiral William Fallon, who retired as head of CENTCOM in 2008, said about Iran: “These guys are ants. When the time comes, you crush them.”

Admiral James Lyons Jr., commander of the U.S. Pacific Fleet in the 1980s, has said we were prepared to “drill them back to the fourth century.”

Richard Armitage, then assistant secretary of defense, explained that we considered whether to “completely obliterate Iran.”

Billionaire and GOP kingmaker Sheldon Adelson advocates an unprovoked nuclear attack on Iran — “in the middle of the desert” at first, then possibly moving on to places with more people.

Sixth, the US shot down an Iranian CIVILIAN airplane and murdered 290 people… and 60 kids. For those of you who get all angry about “Russia” shooting down an airliner (despite there being approximately zero evidence of this), about 30 years ago the USS Vincennes shot down Iran Air Flight 655. The New York Times had written about the “Murder in the Air” in 1983 when the Soviet Union mistakenly shot down a South Korean civilian airliner in its airspace.

It had stated that“there is no conceivable excuse for any nation shooting down a harmless airliner.” How NOBLE.

After the Vincennes missile strike, a Times article announced that what happened to Flight 655 “raises stern questions for Iran.” For IRAN?!  Two years later the U.S. Navy gave the Vincennes’s commander the highly prestigious Legion of Merit commendation. Seriously, the mainstream media is regurgitated bullsh^& spun one way when it suits them and the other when it suits their masters.

Seven, an Iran armed with nukes could prevent the US from invading it, as was their intention all along. According to an Iran analyst at the American Enterprise institute:  “the prospect of a nuclear Iran is a nightmare … because of the constraining effect it threatens to impose upon U.S. strategy for the greater Middle East. … The surest deterrent to American action is a functioning nuclear arsenal.”

Let’s make sure everyone is too weak, so they can’t resist us if we decided to invade and depose their leaders whenever we feel like it.
Source: The Intercept

This Article (Why Some Iranians Chant “Death To America”: Here Are 7 REALLY Good Reasons) is free and open source. You have permission to republish this article under a Creative Commons license with attribution to the author(CoNN) and AnonHQ.com.