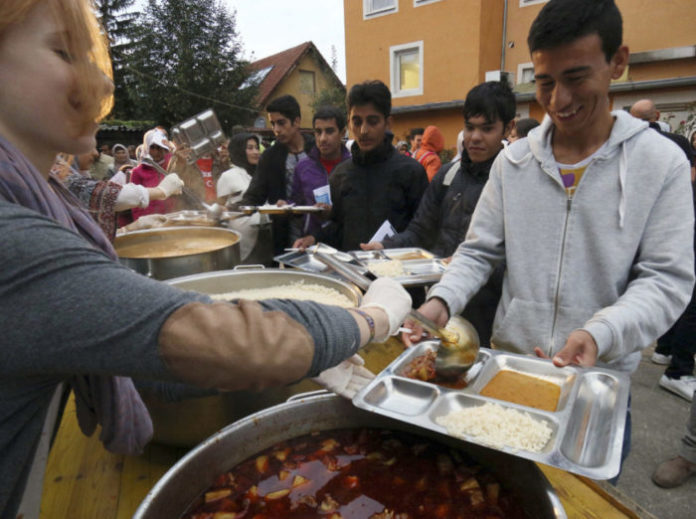 The truth is that Europe is turning its back on desperate people fleeing war, hunger and human rights abuses. The war in Syria, Yemen, as well as the insurgency of ISIS in Iraq has rendered many people in these areas as refugees.

Apart from the crisis in the Middle East, high levels of unemployment in Africa are pushing people to seek greener pastures in Europe, sending a wave of fear across the continent. Some populist politicians have seized upon this ‘opportunity’ to rise to prominence. Marine Le Pen, a runner for the French presidency has spread the fear that refugees will take European jobs and spoil their way of life. Particularly for refugees from the Middle East, these opportunistic politicians have brainwashed people into believing that refugees remaining in Europe equates to more terror attacks and subversion of conventional life.

Even in areas where refugees appear to have been welcomed, there are still many basic problems facing these unfortunate people. Local authorities in these areas have implemented tight rules to the detriment of the people who are seeking protection. Human rights activists and aid workers have been complaining about these inhumane laws for some time now.

Three aid workers who volunteered to help desperate refugees stranded in Europe, were arrested in the northern Italian city of Ventimiglia, 7 km from the French border. The aid workers’ crime committed was giving food to refugees who are stranded in the city. The city is a transit point for refugees arriving from Africa and the Middle East who want to reach Northern Europe. Realizing this, the Italian authorities have imposed tighter border rules in the city.

The International Organization for Migration estimates that nearly 180,000 refugees crossed the Mediterranean Sea from North Africa into Italy between January 1 and December 19, 2016. Many refugees pass through Ventimiglia to other parts of Europe.

The volunteers, two Brits and one French citizen, were arrested and charged for violating the city’s order that prohibits people from donating food to refugees. The arrest is said to have happened on March 20.

The news of the arrest was made public after the volunteers were released. The volunteers work for the French-based Roya-Citoyenne humanitarian association. According to the account of the volunteers, they arrived in the city to distribute food for the refugees. Over 160 food bags, including apples and cans of tuna, were shared among the hungry refugees. They also provided warm clothes.

After doing this charitable act, police officers stormed the camps housing the refugees, during the night.  The police arrested the volunteers after learning about their presence and activities in the camps.

“We were about 10 people, but they took the two drivers of the vehicles which had the food and Simon, a Briton who had forgotten his passport,” one of the volunteers, 64-year-old Gerard Bonnet told the AFP.

Another volunteer named Gibi described the arrest in detail. He explained that even at the time of arrest made, they were still distributing food to the refugees. According to him, the police violently disrupted the distribution and took them [volunteers] to the police station. “The distribution had been conducted from three cars. We arrived early, began the distribution quietly, the migrants started coming to us from all sides, we gave around the tea. Then police suddenly appeared, interrupted the distribution, and started checking identities. After a phrase, ‘I understand you, if I did not have the uniform, I might be with you,’ a police commissioner takes two drivers and we find ourselves at a police station, along with a third volunteer who had forgotten his passport. We are all arrested, have our photographs taken and asked to sign a report that I refuse to sign because I do not understand Italian. […] A few hours later we are released and returned to our homes in the Roya valley where we finally come under French police control,” Gibi narrated.

Gibi said all three were released several hours after the incident. He also stated that he had been arrested in the city before, for helping refugees.

When the city was contacted for comment on the incident, officials said the volunteers violated Article 650 of the city’s Criminal Procedure Code. The law stipulates for punishment of up to three months in prison and a fine of up to €206 (US$222) for giving food to migrants in the city without so-called authorization from authorities.

The police revealed the law was unilaterally passed by the mayor of the city. It is said the city’s mayor passed the law in the summer of 2015, barring people from giving food to refugees, arguing food distribution for refugees causes chaos and congestion in the city. This isn’t the first time people trying to help refugees have found themselves in the hands of the police in Ventimiglia. In early January, a French farmer named Cedric Herrou went on trial for helping refugees settle in France.

Police accused him of transporting more than 200 refugees from Ventimiglia to France, welcoming them at his small garden, where he allegedly allowed them to live in tents or caravans. But Mr Herrou remained defiant even as he faced criminal charges. He vowed to continue to help refugees because according to him, it is his civic duty.

This article (Italian City Arrests and Prosecutes People for Helping Refugees, Providing Food) is a free and open source. You have permission to republish this article under a Creative Commons license with attribution to the author and AnonHQ.com.