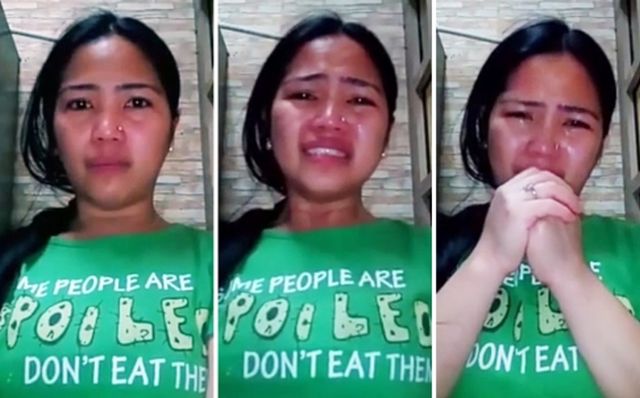 A 28-year-old Filipino maid working at a house in Bahrain posted a desperate cry for help on her Facebook page. In her three minute video message, she said, “Help me get out of here. I’m scared. Until now, my genitals hurt. My leg is bruised. He punched my leg to immobilise me. After my employer’s son abused me, he threatened to kill me and bury me in the desert if I tell anyone about what happened.” She also posted a written appeal asking viewers of the video to contact the Philippine embassy on her behalf.

Her plight went viral, prompting officials at the Philippine embassy to rescue her. “The rescue was prompted by the video message… she is now under the care of our embassy,” Foreign Ministry spokesman, Charles Jose, said. Philippine embassy officials and staff from Luna’s employment agency picked her up from her employer’s house, Jose said, adding that police were investigating the incident.

Luna said her employer did not believe her claims of being raped and beaten and insisted she finish the remaining two months of her contract before she could go home. Her employer also told her to have an abortion if she fell pregnant, she added. Luna’s alleged assailant, however, denied attacking her, Ricky Aragon, vice-consul at the Philippine embassy in Bahrain, said.