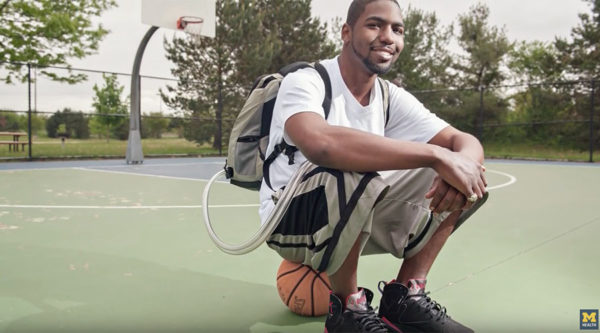 A 25-year-old man from the Midwestern state of Michigan in the United States is reported to have lived with an artificial heart in a backpack for 555 days before receiving a successful heart transplant.

Stan Larkin is said to be the first person in the whole of Michigan to have been discharged from hospital with the SynCardia manufactured artificial heart. The device is a `temporary and external artificial heart, which pumps blood around the body.

The portable device known as the “Freedom Driver” was developed in 2010, allowing patients to leave the hospital while being able to continue using it, in order to live a normal life. The device is the updated version of the “Big Blue,” which severely restricted the movement of patients using it in the past. According to surgeons at the University of Michigan medical facility where Stan was treated, the Freedom Driver device is used when both sides of the heart fail and more common heart-supporting devices are not enough to keep patients alive.

It is revealed that as teenagers, both Stan and his brother Dominique were diagnosed with Familial Dilated Cardiomyopathy (FDC). FDC is a genetic form of heart disease. It occurs when the heart muscle becomes stretched out in at least one chamber of the heart, making the heart unable to pump blood efficiently. If the condition persists overtime, it results in complete failure of the heart. Statistics indicate that an estimated 750,000 people in the United States suffer from the disease.

Dominique was later given the Freedom Driver, but he was lucky to use it for some few weeks. He got a donor early, for doctors to carry out his transplant. But Unfortunately for Stan, he had to wait for more than a year, despite the fact that he was the first to be discharged with the device. There was no donor for him, and he had to keep on waiting for his ‘lucky day’.

The cardiovascular surgeon at the University of Michigan who led Stan’s surgery, Jonathan Haft, said both Stan and Dominique were very ill when they were admitted into intensive care, and that staff decided the device would be the best option to bridge the period before their transplants. RT English News quoted him as saying: “We wanted to get them heart transplants, but we didn’t think we had enough time. There’s just something about their unique anatomic situation where other technology wasn’t going to work.”

Dr Haft explained further that Stan thrived on the device and really tested its limits by continuing to play basketball while hooked up to the backpack. Two weeks after the successful transplant of Stan, he described the whole experience as an “emotional rollercoaster,” adding that he is grateful to the person who donated the heart for him.

“I want to thank the donor who gave themselves for me. I’d like to meet their family one day,” he said. “Hopefully they’d want to meet me,” he said.

After the surgery, Stan’s story went viral on both mainstream and social media. On social media, many people congratulated him for carrying the artificial heart for that long period.

In 2015, the United State Food and Drugs Administration warned the public that a specific part of the Freedom Driver mechanism may fail and cause the device to stop pumping. After the warning, many of the devices were recalled by the manufacturer. SynCardia issued a statement then that the malfunction was caused by an unauthorized rework of a component by a supplier. The company replaced the affected units within a week.

This article (Michigan Man Survives with Artificial Heart in Backpack for 555 Days While Waiting for Transplant [Video]) is a free and open source. You have permission to republish this article under a Creative Commons license with attribution to the author and AnonHQ.com.