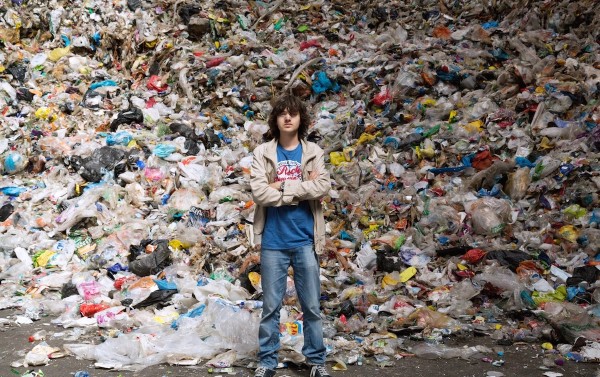 A new study published by the World Economic Forum, has warned that the oceans will have more plastic debris than fish by the year 2050.

The study also estimated that by 2050, the amount of plastics produced globally will increase three times—1,124 million tons. By then, the “Plastic Economy” will take up 15% of the world’s Global Carbon Budget.

The Global Carbon Budget is the total amount of carbon dioxide the world can pump into the atmosphere while still having a chance of holding warming under two degrees Celsius. Based on interviews with more than 180 experts in the field, the study found that most plastic packaging is used only once before being discarded, and a staggering 32% of all plastic packaging escapes collection systems, finding its way into natural ecosystems, including the oceans. By reducing the productivity of vital natural systems such as the oceans, and clogging urban infrastructure, the plastic waste is generating significant economic costs.

Currently, about 8 million tonnes of plastic is said to end up in the ocean each year. According to statistics, this is equivalent to dumping a truck full of plastic rubbish into the ocean every minute.

Due to their low cost, plastics have become common materials of the modern economy. The study said their use has increased twenty-fold in the past half-century, and it is expected to double again in the next 20 years.

And while this cost-effective material is delivering many benefits to the world, the current Plastics Economy has drawbacks that are becoming disturbing. It is estimated that after a short first-use cycle, about 95% of plastic packaging material, valued around $80–120 billion annually, is lost to the World Economy. However, the study recommended a vision of a New Plastics Economy. This new vision will offer a new way of thinking about plastics, and will align with the principles of the World Economy. The New Plastics Economy is also expected to offer a new vision, and aims to overcome the limitations of today’s incremental improvements and fragmented initiatives. It will also create a shared sense of direction to spark a wave of innovation, moving the plastics value chain into a positive spiral of value capture, stronger economics, and better environmental outcomes.

Dianna Cohen, the chief executive officer of Plastic Pollution Coalition, told Al Jazeera English that the study has revealed that people who depend on the ocean for their livelihoods are at risk, and that immediate action should be taken by World Leaders.

“There is no system in place that helps take these plastic materials back after use. It impacts the entire ecosystem in the ocean. If you come from a country that gets its primary livelihood or protein source from the ocean, then the fish you may count on to eat is ingesting plastic, getting entangled in it, and dying from having stomachs full of it,” she said. Meanwhile, the World Economic Forum, which played a key role in the study, said the only way to avoid the impending disaster of the ocean, is to massively improve the economics and uptake of recycling of plastics. And this means giving people incentives to collect plastic garbage and recycle, use reusable packaging, and encourage countries to drastically improve their waste collection infrastructure, among other measures.

This Article (New Study: Oceans To Have More Plastic Than Fish By 2050) is free and open source. You have permission to republish this article under a Creative Commons license with attribution to the author and AnonHQ.com