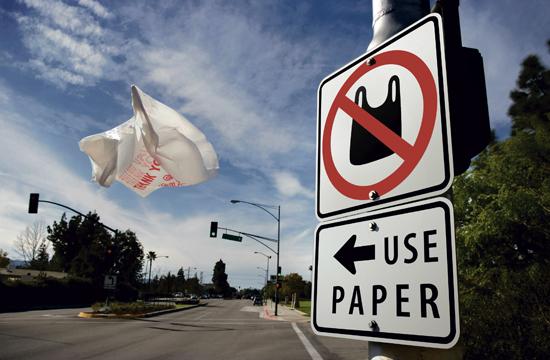 25 million single-use plastic bags are discarded every day in California. This new law aims to benefit the environment and all wildlife.

In July of 2015, Hawaii made headlines when it completely banned the use of plastic bags at a county level. Now, California in the news because it has accomplished similar, but at a state level.

The California Plastic Bag Veto Referendum (Proposition 67) was signed into law by Governor Jerry Brown in 2014, but was put on hold until it was approved by voters. Though the out-of-state plastic bag industry invested $6 to campaign against Proposition 67, it narrowly passed with a margin of 51.97% to 48.03% on November 8th. Now, California is the first state in the union to completely ban the sale of plastic bags.

It’s worth noting that while the plastic bag ban passed, Proposition 65, which proposed an environmental fund created with the proceeds from a 10-cent fee on the sale of cloth or other alternative bags, was defeated.

“California voters have taken a stand against a deceptive, multi-million dollar campaign by out-of-state plastic bag maker. This is a significant environmental victory that will mean an immediate elimination of the 25 million plastic bags that are polluted in California every day, threatening wildlife.”

The ban takes effect immediately, which means supermarkets, grocery stores, retail stores with a phramacy, convenience stores, food marts, and liquor stores will no longer provide single-use plastic to-go bags to customers. The only option is to bring one’s own cloth or reusable bag, or be prepared to pay 10 cents for a recycled paper bag or resuable alternative (some stores offer boxes).

The Sacramento Bee reports that a ban against plastic bags in California was inevitable, considering that San Francisco banned plastic bags back in 2007. Reportedly, it didn’t take long for the rest of the state to catch on.

Those who are not happy about the Proposition 67 passing include the American Progressive Bag Alliance, which led a campaign to repeal the bill. Advocates claimed that banning plastic bags would kill thousands of jobs in the state and cost citizens hundreds of dollars each year in bag fees.

This article (It’s Official: California Becomes First U.S. State To Ban Plastic Bags) is free and open source. You have permission to republish this article under a Creative Commons license with attribution to the author and TrueActivist.com