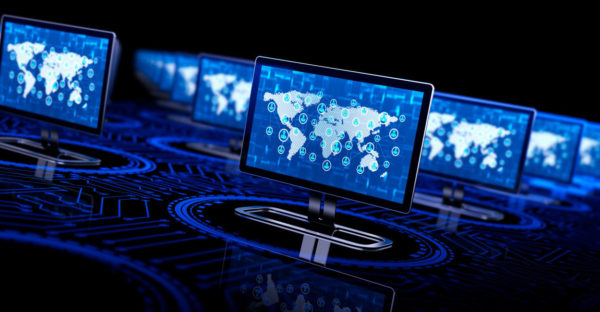 On Saturday, Oct. 1, 2016, the United States handed its remaining grip on the Internet to the Internet Corporation for Assigned Names and Numbers (ICANN).

This was after a highly politicized debate between politicians of the country. The majority of Republicans were against the move.

The ICANN claims to be a nonprofit organization made up of academics, activists, engineers and government officials.  However, there are also corporate interests in the organization – and this is the danger. The handing over of the Internet means the ICANN now has power over the Internet’s Domain Naming System, which translates into the Web addresses you type into your browser, like “anonqh.com,” into the numerical language that net-connected computers use to communicate.

The United States has also instituted an advisory panel, which it said could revoke the ICANN’s authority entirely, should it not live up to expectations, yet, all actions are supposed to be done by consensus.

However, those who are against the deal with the ICANN claim there are lapses in the contract, which will ensure a privatized Internet to serve the interests of so-called autocratic governments around the world.

For the Republican Senator, Ted Cruz, and others, the fear is that the ICANN leverage could give power over the Internet to countries they claim are intolerant of dissent in any form.

Particularly for Cruz, he tried to stop the handing over process at a very last minute. He wanted a court injunction on the deal, but a federal judge denied his request on Friday, allowing the handing over to take place at midnight. Other politicians also took similar measures, but the court turned them down. “Imagine an internet run like many Middle Eastern countries that punish what they deem to be blasphemy. Or imagine an internet run like China or Russia that punish and incarcerate those who engage in political dissent. When ICANN escapes from [US] government authority.  ICANN escapes from having to worry about the First Amendment, from having to worry about protecting your rights or my rights,” Cruz said at a congressional hearing on September 14, on the handing over.

But the ICANN has refuted Cruz’s claim that the organization will have the power to regulate content on the Internet. If you look at the argument put forward closely by United States’ politicians who are against the deal, it appears they are concerned about the country losing the monopoly to control the Internet. Their main goal is to prevent countries such as China, Russia, Iran and others from having some sort of control of the Internet.

However, these countries do not even see the deal as something that will give them power to control Internet content.

In the past, Russia and China had backed an idea of empowering an obscure United Nations body, called the International Telecommunications Union, with internet governance duties. That would have given governments control, but would also have diminished the relative importance of technological powers from the likes of the United States. This means the countries Cruz is eying in the deal, do not even consider the handing over as worthy. Obviously, Senator Cruz and surrogates are making a fuss out of nothing. What we should rather consider a concern is the allowance of corporations to take advantage and run the ICANN. From what we can gather through investigations, the notorious exploitative globalist, George Soros has started to align himself with the ICANN.

It is people like Soros that we should be worried about. Their influence on this particular organization could move our Internet and us towards the wrong direction – not China, Russia or Iran.

This article (United States Politicians Furious about Handing over Control of Internet to ICANN) is a free and open source. You have permission to republish this article under a Creative Commons license with attribution to the author and AnonHQ.com.