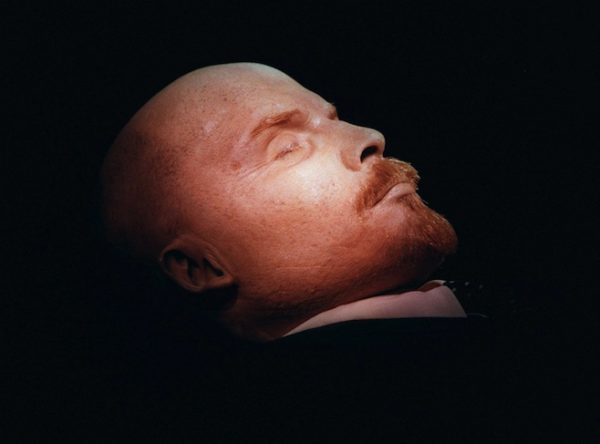 The Russian Federation has announced that it will spend up to $200,000 this year to preserve the remains of one of its most influential and revered leaders, Vladimir Lenin.

Lenin climbed to the highest office of Russia in 1917, becoming the head of government of the Russian Republic. Thereafter, he led a serious political, economic and social revolution in the whole of Eastern Europe, culminating in the formation of the Soviet Union in 1922. His political ideas later, would become crucial in the geopolitical contest of the world.

Some historians consider Lenin as one of the more undeniably outstanding figures of modern history, due to the critical role he played during his lifetime. He is credited as the founder of the Soviet Union.

The revolutionary leader died on 21 January 1924. His official cause of death was recorded as an incurable disease of the blood vessels. After his death, many places in and outside of Russia, were named after his honor. Moments and museums were also built to remember him. And above all, his mortal remains has been preserved to immortalize him, serving as a real reference to succeeding generations.

In the recent past, rumors have emerged in Russia that the amount of money being spent on the remains of the iconic leader, is costing the country. Although no specific figure was given in the past, critics of the preservation of the body have said Lenin himself, would have opposed it due to the money involved.

However, the RBK news website reports that a recent notice published on the Russian State Procurement Agency website said up to 13 million Rubles ($200,000) will be spent on preservation of the body this year. The notice said the money will allow experts to keep the body in a “lifelike condition,” adding that the work required is of a “biomedical nature.” The country will cover all the expenses. The Russian Biomedical Technology Research and Training Centre (RBTRTC) recently carried out repairs on the body. This is believed to be the major repair on the body since it was first put on public display in Moscow’s Red Square, 1924. The Training Centre is made up of a core group of five to six anatomists, biochemists and surgeons, charged with the primary responsibility for maintaining the body.

Scientific American reported last year that the RBTRTC has spent almost a century fine-tuning preservation techniques that have maintained the look, feel and flexibility of Lenin’s body; like he died recently.

In the post-Soviet era, some Russians advocated that Lenin’s remains be buried, rather than kept on public display in his glass coffin.

BBC reported that a recent online poll of more than 8,000 Russians found that 62% were in favor of giving Lenin a proper burial. But it is said the Kremlin is very determined to continue the preservation process due to the importance it attaches to the body. According to an account telling how the preservation of Lenin’s body began, when he died, most Soviet leaders initially opposed the idea of preserving his body beyond a temporary period for public display. Many of the leaders then suggested that he be buried at Moscow’s Red Square. However, the cold winter kept Lenin’s publicly displayed body in fair condition for almost two months. And as a huge crowd kept pouring in to pay their last respects to their leader, it made the leaders who opposed the preservation, to change their decision. They then decided to preserve it for a longer time. The body was then handed to Soviet science and the researchers to maintain it.

This article (Waste Of Money? : Russia will Spend $200,000 this Year to Preserve Lenin’s Embalmed Body) is a free and open source. You have permission to republish this article under a Creative Commons license with attribution to the author and AnonHQ.com.