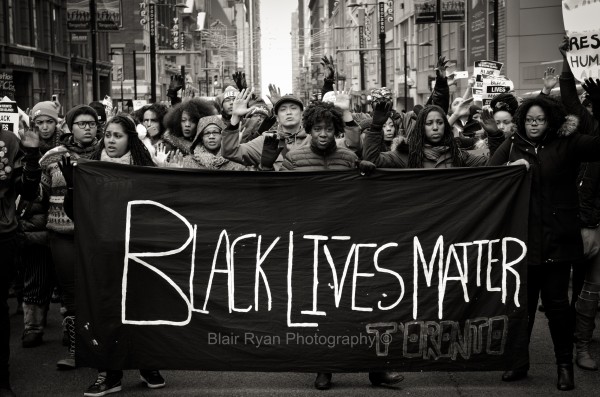 The BlackLivesMatter movement was created in 2012 after Trayvon Martin’s murderer, George Zimmerman, was acquitted for his crime and dead 17-year old Trayvon was posthumously placed on trial for his own murder.

According to the founders of the movement, it is a call to action and a response to the virulent anti-black racism that permeates the United States. But now, the movement has become a unique contribution that goes beyond the extrajudicial killings of black people by police and vigilantes.

A new video by the writer and director, Matthew Cooke looks at how many Americans dismiss black people who demand equality, when they themselves don’t understand that the system works against them too. Cooke described the term as “race baiter,” and said he has had enough of it, hence his video to educate people. The video entitled Race Baiting 101, is 11 minutes long and full of historical facts about America and its population. Cooke talked about the origin and the effect of America’s habit of dismissing and demonizing black people who demand equality. He discussed the birth of the US and the roots of a three-tiered caste system, that many citizens may not realize exists.

Cooke told Take Part that he decided to create the video after noticing people online and on the news using the term “race baiting.” He said people are “being tricked into thinking that acknowledging racism or raising it as an issue is divisive. I thought that was profound. They have really got these people duped. And it made me feel strongly to address it.” According to Cooke, until the American society admits that it is sick and has the courage to address some of these systemic problems, nothing will change.

Cooke also showed how both lower-income whites and blacks have been manipulated and affected by the myth of social mobility. At a point, he showed an image of a newspaper clipping with a headline declaring that the majority of public school children in the US are living in poverty. That is both black and white kids. Cooke then proposed a solution: “When we ally ourselves with a movement that’s been asking to just acknowledge for four-odd centuries how overdue it is to say just three words, ‘black lives matter,’ then united we are a power that will shake the masters to their core.”

Some observers have said Cooke’s is not the only person who thinks the US needs to take real action to finally foster racial equality. It is said that a 2015 survey by the Pew Research Center, found that nearly six in 10 Americans believe the US “needs to continue making changes to give blacks equal rights with whites,” and half of Americans view racism as a big problem in society, up from 26 percent in January 2009.

This Article (Watch Why BlackLivesMatter Is Not Just About Black People But About All Races In America [Video]) is free and open source. You have permission to republish this article under a Creative Commons license with attribution to the author and AnonHQ.com.