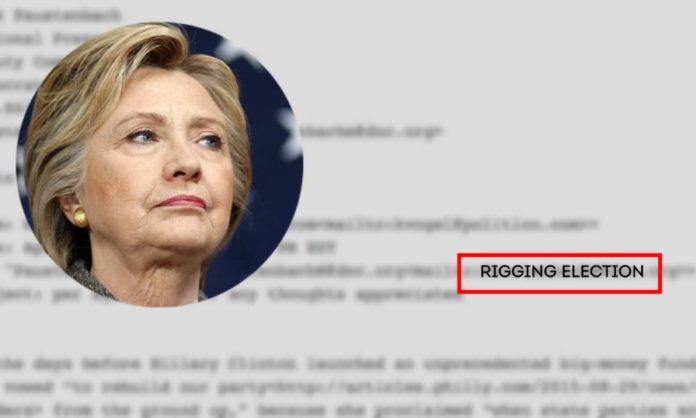 On September 5, 2006, Eli Chomsky was an editor and staff writer for the Jewish Press, and Hillary Clinton was running for a shoo-in re-election as a U.S. senator.

The tape was never released and has only been heard by the small handful of Jewish Press staffers in the room. According to Chomsky, his old-school audio-cassette is the only existent copy and no one has heard it since 2006, until today when he played it for the Observer.

The tape is 45 minutes and contains much that is no longer relevant, such as analysis of the re-election battle that Sen. Joe Lieberman was then facing in Connecticut. But a seemingly throwaway remark about elections in areas controlled by the Palestinian Authority has taken on new relevance amid persistent accusations in the presidential campaign by Clinton’s Republican opponent Donald Trump that the current election is “rigged.”