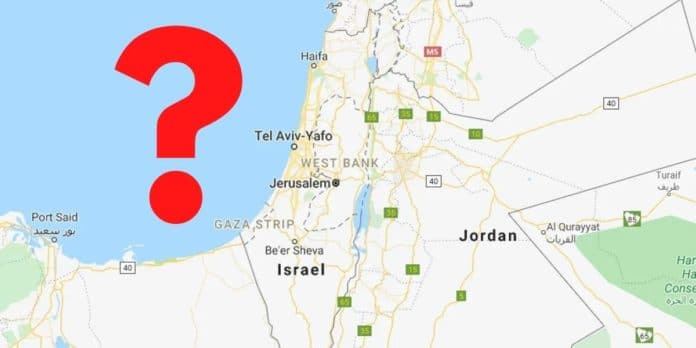 Google has been accused of deleting Palestine from Google Maps and it has been going viral on social media over the past few days that argues that Palestine has been removed from all maps. Is it true? Well, the answer is not easy.

Let’s have a look at the facts:

Palestine is an area in the Middle East with a lot of history. It’s been a hot topic of conversation online as a theory suggests that it has been removed from Google maps.

When searching for Palestine on Google Maps, it shows an outline, but with no label for Palestine labelled alongside it. While 136 members of the United Nations recognise Palestine as an independent state, the US and much of the west does not.

The representation of Palestine on Google Maps has not changed recently, but after the forum of Palestinian journalists released a statement condemning Google, word spread via social media and later news outlets. People began sharing their outrage using the hashtag #PalestineIsHere.

Removing #Palestine from the map doesn't mean it ceases to exist. #PalestineIsHere pic.twitter.com/uQfIDcJOka

A Google spokeswoman said: “There has never been a ‘Palestine’ label on Google Maps, however we discovered a bug that removed the labels for ‘West Bank’ and ‘Gaza Strip’. We’re working quickly to bring these labels back to the area.” Yeah what a coincidence, that one of the largest and most professional online companies of the world who is developing the best navigation system in the world is having such a large “bug”. You should also put into consideration that the both founders of Google, Sergey Bring and Larry Page are of Jewish descent which would help explain their motives.

A petition from March this year urging Google to include Palestine on their maps has gained traction in the last few days, now with almost 250,000 signatures.

While nothing has changed, the online outrage has pointed to questions about how mapping technologies affect people’s understanding of the world. The Washington Post’s Caitlyn Dewey wrote:

In their attempts to dispassionately document the physical world online, tech companies often end up shaping our understanding of it, too. That’s not something that we tend to think about often, but it does become pretty obvious when a map changes/is said to have changed, or when we compare different maps against each other.

This is not the first time Google has got into hot water over disputed territories – and it’s likely not to be the last. A 2014 project called Disputed Territories documented how Google Maps attempts to stay out of geographical disputes and issues of national identity.

For example: users in Russia see a solid boundary line around Russia and Crimea. Outside of Russia, Crimea is surrounded by dashed lines, indicating it as occupied territory.