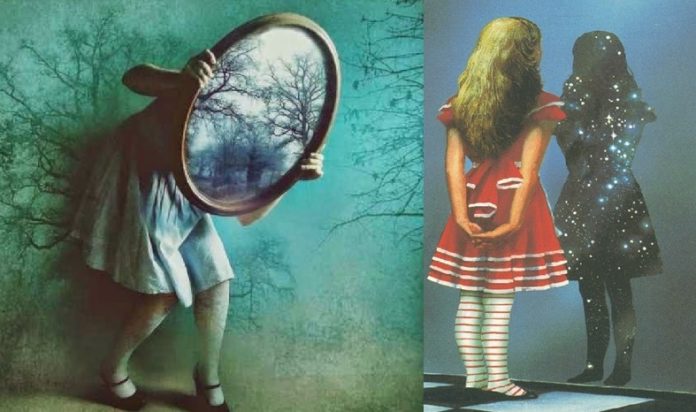 The Great Glaciation Theory of the universe claims that since the world receives its energy from a natural process produced by motion of particles and at a time when the process will stop producing the heat required to sustain life, the universe will be a motionless and frozen.

Solipsism states that the only thing real is an individual’s consciousness. People believe what can be seen, touched, smelled or heard. Solipsism states that consciousness dictates how our world is manifested. The self is the only existing reality and that all other reality, including the external world and other persons, are representations of that self, and have no independent existence. The existence of an external world is regarded as an irresolvable question rather than actually false. This theory was perpetrated by the author of idealism George Berkeley who argued that everything exists as an idea in an individual’s mind. Reality is a construction of the perceptions held within the mind. If one cannot perceive the object or idea, it has no real existence. An individual who can perceive the world is a divine being, holding all the ideas of the universe within its mind.

This theory is credited to Plato who argued that the world and everything we see is just an imitation of the perfect forms that exist. He said that everything is made of a single substance which means that diamonds, gold, denim and everything else consist of the same basic material, but in a different form.

Presentism states that only present is real, any past or future event is only imaginary. Saint Augustine argued that the present is a knife edge between the past and the future and could not contain any extended period of time. The future is just as imaginary, because time cannot exist before and after it happened. Eternalism takes the view that all points in time are equally real, as opposed to presentism that claims only the present is real. All time exists simultaneously, although they can only be seen from a specific location and the measurement is determined by the observer. The point one is looking at determines what makes past or present and that 1950s, 1620s, 2015 (all centuries and times) exist together making the idea of future illusory.

The Brain in a jar theory states that we could all be merely a brain or brains in a jar or jars as an experiment of aliens or evil minds and nothing is real since we are all dreaming a mass dream that forms the reality that surrounds us. The basic idea behind this theory is uncertainty and goes back to the inability to prove existence of anything other than our consciousness. The Multiverse theory states that our universe is not the only one and that many universes exist parallel to each other. In fact, our universe could be just one of an infinite number of universes making up a multiverse. This theory speculates that the other universes may have inhabitants with higher or lower intelligence than ours depending on the existing conditions. This theory speculates that most fictional characters we know of (like batman, superman and Harry Potter) may actually exist in some universes. If you can think it into existence, in some realm it must exist. Therefore, our fiction and fantasy may be descriptive of an alternate universe, which may have suitable conditions for the existence of such characters.

This theory argues that everything appears as a phenomenon – the universe only exists when we perceive it, and as soon as no one interacts with an object, it ceases to exist. Phenomenalist theorists believe that objects only exist as a phenomenon of consciousness. There is no existence without perception.