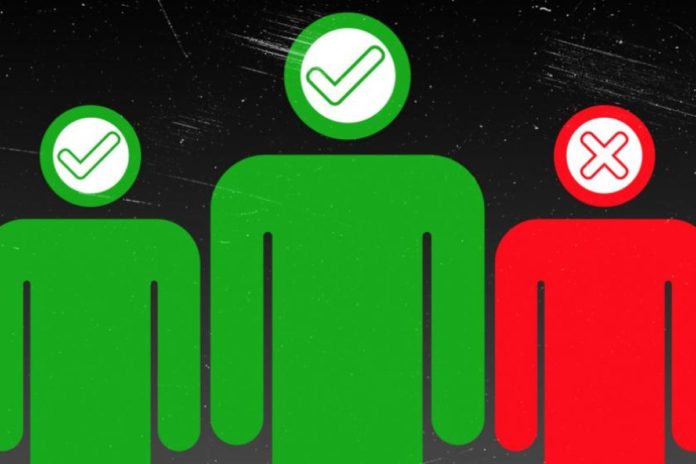 Update: Even more prophetically, billionaire hedge fund manager Bill Ackman tweeted about his “optimism” and the need for

“…Hydroxychloriquine and antibiotics appear to help. There is increasing evidence that the asymptomatic infection rate could be as much as 50X higher than expected.

If this is true, the severity and death rate could be much lower than anticipated, and we could be closer to herd immunity than projected. Highly accurate antibody tests are scaling production and distribution which will definitively answer this question hopefully soon.

One could imagine a world in the next few months where everyone is tested and all but the immune-compromised go back to a socially distanced but more normal life.

We wear bracelets or carry a phone certificate which indicate our status, and track infections where they emerge…”

The rollout of immunity certificates across the world will likely be government-issued to first responders and citizens who have developed resistance to COVID-19.

People who have contracted the virus and have recovered, normally develop antibodies to fight the virus, could be their golden ticket to escape regions that have strict social distancing measures and or lockdowns.

Just imagine, immunity certificates granted by governments to people who have recovered or have developed resistance to the virus could be considered special passports that will allow them to freely travel across states, countries, and or the world — while everyone else remains hunkered down in their homes or doomsday bunkers.

Some of the first talks of this has originated in the UK. The government could roll out immunity passports to Britons who have already contracted and recovered from the virus so they can reenter the economy, reported The New York Times.

“(An immunity certificate) is an important thing that we will be doing and are looking at but it’s too early in the science of the immunity that comes from having had the disease,” health minister Matt Hancock said at a Downing Street press conference.

“It’s too early in that science to be able to put clarity around that. I wish that we could but the reason that we can’t is because the science isn’t yet advanced enough,” Hancock said.

UK Health Secretary: "We are looking at an immunity certificate. How people who have had the disease, have got the antibodies, and therefore have immunity, can show that, and so get back… as much as possible to normal life." pic.twitter.com/SVLV8U2YwG

Prime Minister Boris Johnson’s spokesman said Britain was completing due diligence in how feasible immunity passports would be.

Hancock said a blood test was in development that could test whether people already had the virus or had the antibodies that would make them resistant to the infection.

In Germany, researchers are preparing a study that would see if people already immune to the virus could reenter the workforce and be granted immunity passports.

In Italy, the conservative president of the northeastern Veneto region has proposed an immunity passport for people who possess antibodies that show they are resistant to the virus.

The former prime minister, Matteo Renzi, has called it a “Covid Pass” for the uninfected who can return to their normal lives.

Immunity passports and “intermittent lockdowns” could become a reality in the months, quarters, or at least in the next several years – as the virus could be sticking around a lot longer than many have anticipated.

Stewart said first-responders who have the antibodies and are immune to the virus should be shifted onto the frontlines.

“We need to get the resources in place to test all of our healthcare workers so we know which ones can work without fear of COVID-19 and which ones need maximum protection against the VIRUS,” Stewart said.

And for more confirmation that immunity passports are going to be the next big thing in the Western world, or maybe across the globe. Here is Bill Gates on March 24, giving a 50-minute interview to Chris Anderson, the Curator of TED, the non-profit that runs the TED Talks.

Right at 34:14, Gates discussed how the future in a post-corona world would be. He said:

Eventually what we’ll have to have is certificates of who’s a recovered person, who’s a vaccinated person…

…Because you don’t want people moving around the world where you’ll have some countries that won’t have it under control, sadly.

Should I Wear Face Masks in Public? Here’s What the Science Says