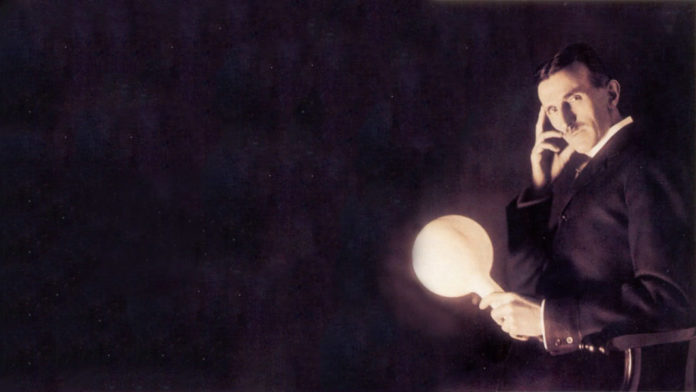 By: Arjun Walia via collectove-evolution.com

Nikola Tesla’s genius is undeniable, but what separates him from so many other famous figures is his humanity, his desire to do good for the planet and all that live upon it.

He was not interested in making money, and according to many, was taken advantage of by wealthy businessman. Despite that, Tesla remains one of the most notable scientists/minds in recorded history. From the Tesla Oscillator to his vision of free energy for all, he made several inventions that threatened the control that the global elite were working on acquiring.

For me, Tesla’s most important scientific contribution (although hardly ever noted) is his support for non-material science, something that’s still ridiculed to this day. He has been famously quoted as saying, in fact, that “the day science begins to study non-physical phenomena, it will make more progress in one decade than in all the previous centuries of its existence.”

Today, an internationally recognized group of scientists are working to bring this idea to the forefront, because the fact that matter (protons, electrons, photons, or anything that has a mass) is not the only reality is still greatly overlooked in the mainstream scientific community. We wish to understand the nature of our reality, but how can we do so if we are continually examining only physical systems? What about the role of non-physical systems, such as consciousness, or their interaction with physical systems (matter)? You can read a little more about that subject in a previous article here.

Another factor that attracted me to Tesla was his acknowledgement and understanding of spirituality, and the importance of merging it with modern day science in order to better understand the true nature of what we call reality. Not many people are aware of the fact that Tesla was in contact with Swami Vivekananda (1863-1902), one of the most famous and influential spiritual leaders of the philosophies of yoga and Vedanta. One of the six schools of Hindu philosophy, Vedanta originally referred to the Upanishads, a collection of philosophical texts in Hinduism. Tesla was also the chief disciple of Ramakrishna Paramahamsa, and founded the Ramakrishna Math and Ramakrishna Mission. He is a giant figure in the history of the Hindu reform movements.

“Mr. Tesla thinks he can demonstrate mathematically that force and matter are reducible to potential energy. I am to go and see him next week to get this new mathematical demonstration. In that case the Vedantic cosmoloqy will be placed on the surest of foundations. I am working a good deal now upon the cosmology and eschatology of the Vedanta. I clearly see their perfect union with modern science, and the elucidation of the one will be followed by that of the other.”

Tesla began using the Sanskrit words after meeting with Swami and after studying the Eastern view of the true nature of reality and the mechanisms that drive the material world. This eventually led to his development of the wireless transmission of electrical power, or what is known as the Tesla Coil Transformer. In this same year he made the following comments during a speech before the American Institute of Electrical Engineers, given before he familiarized himself with the Vedic teachings of of India, Tibet, and Nepal:

many generations pass, our machinery will be driven by a power obtainable at any point in the universe. This idea is not novel… We find it in the delightful myth of Antheus, who derives power from the earth; we find it among the subtle speculations of one of your splendid mathematicians… Throughout space there is energy. Is this energy static or kinetic.? If static our hopes are in vain; if kinetic – and this we know it is, for certain – then it is a mere question of time when men will succeed in attaching their machinery to the very wheelwork of nature.

His spiritual nature is made clear in this quote:

“All perceptible matter comes from a primary substance, or tenuity beyond conception, filling all space, the Akasha or luminiferous ether, which is acted upon by the life giving Prana or creative force, calling into existence, in never ending cycles all things and phenomena.”

Now let us gaze into the past of a person whose legacy will live on forever, as we continue to uphold his vision for a better Earth.

You can read more about how Vedic philosophy influenced his idea of energy here.

Tesla looks out the door of his laboratory in Colorado Springs. The image was taken in 1899

Tesla sitting in front of one of his electrical generators

Tesla and one of his inventions, taken in 1916

Nikola Tesla photographed working in his office at 8 West 40th Street. The image was taken in 1916

This image shows a gas-filled phosphor coated light bulb which Tesla developed in the 1890s. Half a century later fluorescent lamps came into use

Tesla performing a test as he carries a lamp a few meters from the generator, but it continues to shine. The image was taken in 1898.