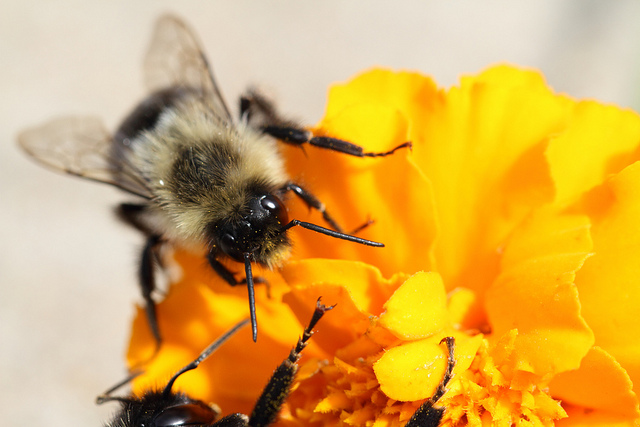 Meet 11-year-old Mikaila Ulmer, the founder and CEO of BeeSweet Lemonade, a company that aims to help save the world’s most crucial pollinator, bees.

The young entrepreneur, who first gained national attention after she won a $60,00 start-up fund during her appearance on the television show Shark Tank, has recently secured a deal $11 million deal with Whole Foods. A total of 55 stores in Texas, Oklahoma, Arkansas and Louisiana will carry Ulmer’s ‘Me & the Bees Lemonade’, according to the Daily Mail.

The savvy 6th-grader from Austin, Texas, had been inspired to start the company in 2009 after being stung by two bees in one week. “It was painful. I was terrified of bees,” she said in an interview with NBC.

In an effort to help her daughter overcome her newfound fear of bees, Ulmer’s mother encouraged Mikaila to research the insect. During this research assignment, Ulmer learned that global populations of bees were rapidly declining, in what is known as colony collapse disorder.

Upon learning the dangers associated with the phenomenon, Ulmer decided that she wanted to help the insect she once feared. Using her great-grandmother’s 1940s recipe, Ulmer created a lemonade business that donated 10 percent of its profits to local and international organizations that are trying to save the honeybees.

“I want to help save the bees,” she said, “and use my great-grandmother Helen’s lemonade recipe.”

Ulmer’s great-grandmother’s flax-seed lemonade recipe uses honey instead of sugar or artificial sweetener. As a result, Me & the Bees Lemonade helps support beekeepers.

This some real #BlackGirlMagic Please buy the #BeeSweetLemonade and help sustain her business!#BuyBlack #BlackOwned pic.twitter.com/0R1eyAs9V8

“Last year, beekeepers lost 40 percent of all their hives,” Mikaila said. “Bees are dying.” She quoted Albert Einstein who said: “If the bee disappeared off the surface of the globe then man would only have four years of life left.”

Since the late 1990s, beekeepers around the world have observed rapid declines in bee populations. The vital pollinator is responsible for pollinating a third of our food. In fact, pollinators – including insects and animals – contribute to crops that provide biofuels (e.g. canola and palm oils), fibers (e.g cotton), medicines, forage for livestock, and construction materials, explains the Food and Agriculture Organization of the United Nations. As a result, many aspects of our modern lifestyles are dependent of the future of pollinators.

“Pollinators are important contributors to world food production and nutritional security,” said Vera Lucia Imperatriz-Fonseca, Ph.D., co-chair of the assessment and Senior Professor at the University of São Paulo. “Their health is directly linked to our own well-being.”

Mikaila, who is working to grow her business, has developed two more flavors. In addition to expanding her business, Mikaila also leads workshops on how to save the honeybees.

Since the problem of bee loss was first noticed, individuals and environmental organizations have invested a combination of time, money and effort into saving the pollinator from extinction. Last week, a group out of the University of Colorado revealed they had been working on technology that could help save the bees.

According to the Denver Channel, the group of environmental design students and faculty members have created a way to measure environmental factors inside a hive, including temperature, humidity, carbon dioxide levels, and acoustics. It is hoped that by making this technology available to research institutions and beekeepers, we will be able to better manage the health of bees.

This article (11-Year-Old Aims to Help Save Bees with Honey Sweetened Lemonade) is a free and open source. You have permission to republish this article under a Creative Commons license with attribution to the author and AnonHQ.com.