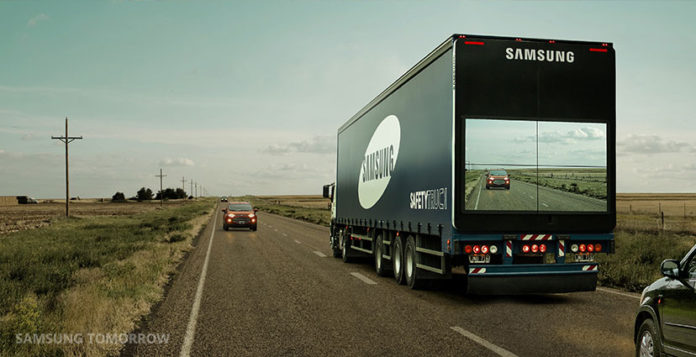 Samsung recently announced the creation of an innovative ‘Safety Truck’ that is designed with a giant video display on the back. The video display allows drivers to see what is going on in the area of the road surrounding the truck, so they can pass with caution and confidence, instead of going in blind and making a risky maneuver.

The project was inspired by the high rate of fatal car crashes in Argentina, that are actually caused by people trying to pass cars and trucks in blind spots or with blocked view.

According to RT, almost one person dies in a traffic accident every hour. Nearly 80% of fatalities happen on roads and the majority involve attempts to overtake on one-way roads, according to estimates released by Samsung.

Samsung had the assistance of the advertising company Leo Burnett and the Argentinian tech group Ingematica with the completion of this project. However, the use of this technology will not be limited to just Argentina, but can be implemented all throughout the world, where similar accidents occur on the roadways.