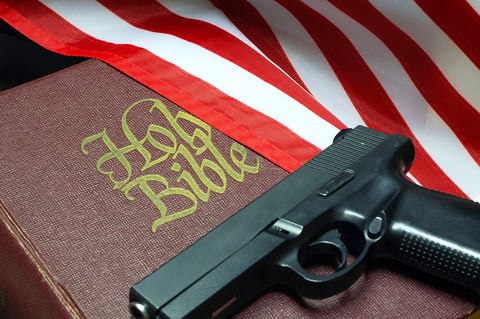 Police decided to visit the apartment of Anitra Braxton, a 39 year-old Christian woman from U.S, Arizona after receiving a tip that a dead African-American woman was covered up in towels and left presumably dead on Braxton’s sofa.

In case you did not already know, Arizona is one of the easiest states to obtain a handgun, with the only requirement being that you are over 21 years of age.

When police knocked on Braxton’s apartment door the accused claimed that nobody else was indoors and that she lived alone. However, the officers noticed through the open door that there was in fact something covered up and laid on the couch and decided to arrest Braxton, later obtaining a search warrant to take a look in her apartment.

Police searched her home and “found the body of a towel-covered woman on the couch. The victim had sustained a gunshot wound to the head.” Further research shows that the victim was most likely pregnant at the time of being killed.

This is where things get a little weird… During questioning by the police, Braxton claimed that the covered woman was “a shrine from god” and first alleged that the body was actually her own. The woman also stated her own name when asked that of the victim’s identity. Later on throughout questioning the detained admitted that “she had shot the victim in the eye for not believing in God.” Braxton also stated that the body had been in her apartment for two to three days prior to being discovered. The relationship between the detained and the victim remains unknown.

This Article (39 Year-Old Christian Murders Pregnant Woman For Not Believing In God) is free and open source. You have permission to republish this article under a Creative Commons license with attribution to the author (FLU5CH) and AnonHQ.com.