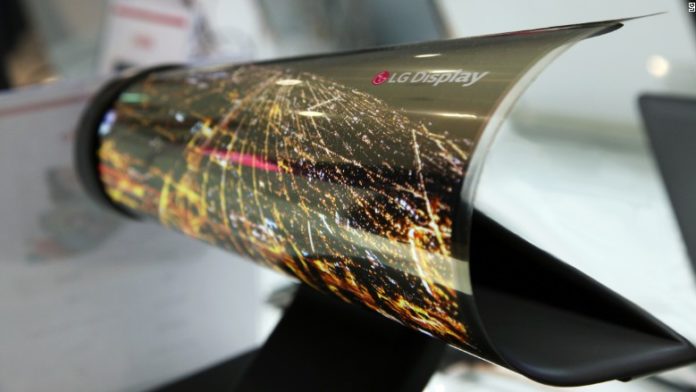 The future is here, and it looks like media has come full circle, as LG unveils an 18-inch TV that you can roll up like a newspaper.

It takes fly-swatting to a whole new level of sophistication.

Though less than a millimeter thick, it promises a resolution of 810 x 1200.


Other super-thin-and-flexible models are on show at the CES technology expo, such as a 55 inch TV that is as thin as a piece of paper and a 65-incher which can be made to bend inwards or outwards.

“The larger prototype is expected in the near future. But as for a commercial product, we’re still planning the timing,” said the president of LG’s marketing division, KJ Kim.

The newspaper-roll screen isn’t quite ready for the mass market; it can only be rolled one way so far, and the rolling action causes dead pixels to emerge. It also cannot be folded flat, which would permanently damage it.

“The screen can be rolled up the other way as well, but we showed it to you using only one direction because it is more complicated the other way due to circuitry issues,” said a spokeswoman for the firm.

These models are only concepts so far, and are not (yet) available for sale. They are made to show consumers what the future could look like and gauge whether there is sufficient demand for the tech.

This Article (Less Than a Milimeter-thick, LG Unveils TV That Can Be Rolled Up Like A Newspaper) is free and open source. You have permission to republish this article under a Creative Commons license with attribution to the author(CoNN) and AnonHQ.com.