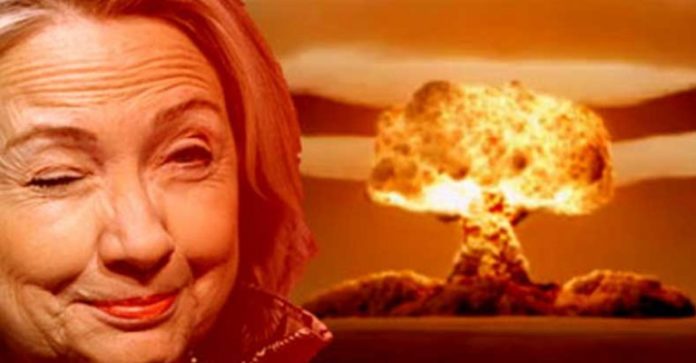 The leaking of the Clinton emails has been compared to as the next “Watergate” by former U.S. Attorney Joe DiGenova this week, if current FBI investigations don’t proceed in an appropriate manner. The revelation comes after more emails from Hilary Clinton’s personal email have come to light.

“[The investigation has reached] a critical mass,” DiGenova told radio host Laura Ingraham when discussing the FBI’s still pending investigation. Though Clinton is still yet to be charged with any crime, DiGenova advised on Tuesday that changes may be on the horizon. The mishandling over the classified intelligence may lead to an imminent indictment, with DiGenova suggesting it may come to a head within 60 days. ‘I believe that the evidence that the FBI is compiling will be so compelling that, unless [Lynch] agrees to the charges, there will be a massive revolt inside the FBI, which she will not be able to survive as an attorney general,’ he said.

The infamous emails documented extrajudicial killings by the U.S. allied rebels, and substantiated motives for warring with Libya as underlined by energy resources, gold, and silver. One email dated 2011 describes in the strictest confidence “One rebel commander stated that his troops continue to summarily execute all foreign mercenaries captured in the fighting.” It continues to describe the training that some rebels received from the Egyptian Special Forces units, while French Operations troops worked along the Libyan border from Egyptian bases. “These troops are overseeing the transfer of weapons and supplies to the rebels.” Amnesty International, in 2012, had reported on their discovery of militia (rebel) abuses of civilians and anyone potentially associated with the Gadhafi regime. In a report, it documented torture and abuse of detainees in militia-run facilities: whips, cables, and plastic hoses were used to beat the detainees who were also subjected to electrical shocks.

DiGenova emphasized the seriousness of Clinton’s situation during the interview. “I believe that that charges must be brought by Attorney General Loretta Lynch,” he explained, “[If Lynch chooses not to indict Clinton] It will be like Watergate. It will be unbelievable.”

This Article (Hilary Clinton to Face Indictment within 60 Days, says Former Attorney) is a free and open source. You have permission to republish this article under a Creative Commons license with attribution to the author AnonWatcher and AnonHQ.com.