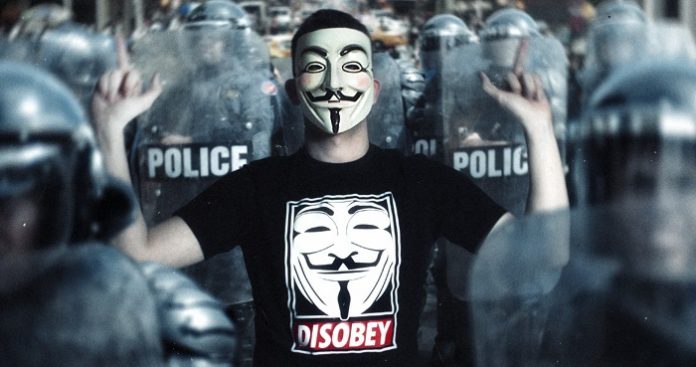 In the midst of outrage against police brutality, cop apologists argue that to avoid police brutality, people should simply be obeying the law. This justification however, reveals itself as unwise at best (and flat out stupid at worst) when applied to previous laws in American history.

1. The Fugitive Slave Act- In times of slavery, the federal government attempted to pacify slave owners by passing the Fugitive Slave Act. The 1850 law mandated that even though slavery was banned in the North, if a Northern citizen (or government employee) happened upon escaped slaves from the South, they had to help return them to their owners. Escaped slaves were also denied a jury trial.

This law was challenged by abolitionists and decent human beings and many slaves escaped to Canada. But if all Americans had simply “followed the law,” further injustice (than was already enforced with the whole “owning” other human beings policy) would have been committed. The law was later repealed.

2. Pornography Prohibition- For as long as humans have existed, they have been interested in sex. In 1873, the federal government decided it could alter human instinct. Under the puritanical Comstock laws, pornography, sex toys, contraception, and information about contraception became illegal to send in the mail, as well as to sell, give away, or own. There is no evidence that the law stopped the human sex drive, even with the threat of up to five years in prison with hard labor and a fine up to $2,000. It eventually ceased to be enforced and was undermined by Roe v. Wade, but for years, engaging in these activities meant violators “deserved” the punishment they received.

3. Alcohol Prohibition- The prohibition of alcohol was an unpopular and unsuccessful constitutional amendment enacted in 1918. It attempted to stop people from drinking by banning liquor. It unwittingly encouraged the formation of gangs, who sold bootleg drinks while underground speakeasies flourished.

This, by the logic of cop defenders, should have been brutally punished-because those heathens were breaking the sanctity of the law! (It was repealed three years later.) No matter how nonsensical or ineffective the law, dogma to and obedience of it pervades the logic of authority worshipers. It applies today with the failed war on drugs, which like alcohol prohibition, has failed to curtail usage and created waste and black markets, as well as an excess of police violence and prison populations.

4. Sedition Acts-Shortly after the creation of the United States, in 1798 President James Madison signed theSedition Act-intended to ban
criticism of the government . It was sparked by the government’s fear of Democratic-Republican rebellion and dissent against the Federalists and accompanied other laws that persecuted immigrants.

Right out of the gate of the American revolution, the federal government was doing exactly what the Constitution was intended to prevent: running away with power. A similar law, also titled The Sedition Act, was passed in 1918 to silence dissent against World War I. It was an extension of the Espionage Act of 1917, whichObama has used to prosecute whistleblowers (the other acts were repealed). The 1918 incarnation made it illegal to

“willfully utter, print, write, or publish any disloyal, profane, scurrilous, or abusive language about the form of the Government of the United States.“

In both the 18th and 20th centuries, the state was attempting to crush free speech, so anyone who had an opinion (legally guaranteed by the first amendment and philosophically by natural human rights) should have just learned to shut up to avoid a beating and prison. Right?

5. Modern Day America- It can be amusing to examine old laws and point out their absurdity and injustice (this is only a small sampling that doesn’t cover Plessy v. Ferguson, the banning of Native Americans from Boston, orbans on interracial marriage, for example). But the reality is that many unjust laws are on the books today.

The National Defense Authorization Act allows the government to indefinitely detain anyone it deems a terrorist threat or having ties to terrorists. That judgment is entirely up to the state, but if those it deems dangerous try to resist, they will be violating “the law.” Is this fair? At what point do political dissidents and activists become threats to the state when the Pentagon has already stated that protesters are “low level terrorists?”

One of the major problems in American society and politics is the belief that the law is infallible, such as the cigarette law that led to Eric Garner’s murder. In spite of so many examples to the contrary, people still believe that the law is sacrosanct and to violate it is to be an immoral, bad person who deserves whatever the government does to them. This is directly contradicted by the fact that most of the laws listed in this article were eventually repealed.

Rather than glorifying “the law,” Americans should revere the morals government claims underpin them. As long as individuals view government decrees as the gold standard of ethics, however, the government will continue to destroy humanity. Perhaps it’s time to stop making excuses for police officers and politicians and instead, judge them by how they treat their fellow humans.