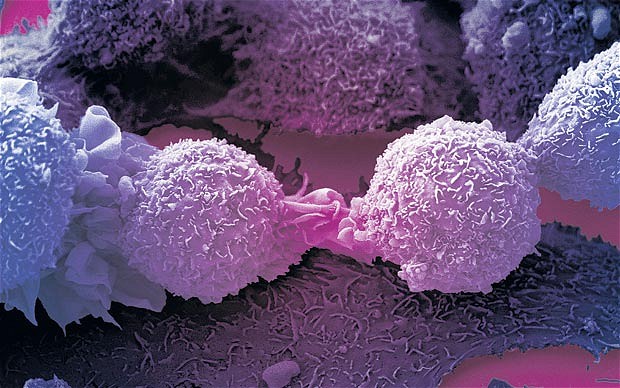 When researchers at Johns Hopkins University emphasized in January 2015 that many of the cancers were due to “bad luck” of random mutations that arise when cells divide, and not your genes or environmental factors, it set off a public health debate and caused a stir.

The World Health Organization’s International Agency for Research on Cancer issued a press release at the time that said the agency “strongly disagrees” with the conclusion of the report. It said “concluding that ‘bad luck’ is the major cause of cancer would be misleading and may detract from efforts to identify the causes of the disease and effectively prevent it”. And a year later, they trashed Johns Hopkins’ findings to conclude that mutations during cell division rarely resulted in cancer — even in tissues with relatively high rates of cell division— and in nearly all of the disease instances, some level of exposure to environmental factors, like carcinogens, was necessary to trigger cancer. Ultraviolet radiation and smoking were found to be other avoidable risks.

Hannun and his team also looked at how cancers change according to where people live like when people move from a low-risk area to a high-risk area and take on the risk of the high risk area. Hannun told the BBC:

“External factors play a big role, and people cannot hide behind bad luck. They can’t smoke and say it’s bad luck if they have cancer. It is like a revolver, intrinsic risk is one bullet. And if playing Russian roulette, then maybe one in six will get cancer – that’s the intrinsic bad luck. Now, what a smoker does is add two or three more bullets to that revolver. And now, they pull the trigger. There is still an element of luck as not every smoker gets cancer, but they have stacked the odds against them. From a public health point of view, we want to remove as many bullets as possible from the chamber.”

Stressing that 10 to 30% of cancers were down to internal factors or ‘luck’ but external factors such as exposure to toxins and radiation increased the risk of developing cancer by 70 to 90%, the Stony Brook University researchers concluded that results “are important for strategizing cancer prevention, research, and public health”.

While Johns Hopkins mathematician Cristian Tomasetti, a study author for the January paper, argued that the Stony Brook study doesn’t account for certain characteristics of tumor growth, other specialists welcomed the new findings.

Great chart @UCSDCIM on risk factors for cancer. Lifestyle changes are more important than any others! @ACLifeMed pic.twitter.com/1Scg2IaKlI

Kevin McConway, a professor of applied statistics at the Open University, is convinced:

“For many common types of cancer, this study concludes that at least 70 per cent to 90 per cent of the cancers are due to external risk factors – roughly speaking, that 70 per cent to 90 per cent would not occur if we could magic away all the risk factors. Even if someone is exposed to important external risk factors, of course it isn’t certain that they will develop a cancer – chance is always involved. But this study demonstrates again that we have to look well beyond pure chance and luck to understand and protect against cancers.”

So is Paul Pharoah, Professor of Cancer Epidemiology, University of Cambridge:

“These findings do not have any implications for cancer treatment, but they do tell us that most cancers would be preventable if we knew all of the extrinsic risk factors that cause disease.”

This Article (90% Of Cancers Caused By Lifestyle, Not By Bad Luck Or Genes) is free and open source. You have permission to republish this article under a Creative Commons license with attribution to the author and AnonHQ.com.