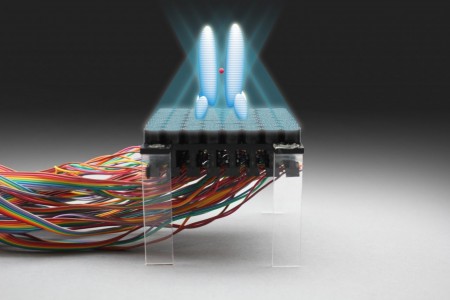 Natural energies are all around us all the time. Light, wind, water and the planet’s own magnetic field. All potentially hold more energy than the human race could ever handle should we ever be able to harness them efficiently. Necessity has always been the mother of invention but, compared to the other natural energies the interest and research regarding sound energy was sparse at best.

The sinking of the Titanic in 1912 prompted the “echo sounder” or SONAR as it’s referred in modern time. The World Wars saw attempts to build sound weapons including a sonic cannon. As partner technology advanced and was able to shrink in physical size, the ability and possibility of sound based technologies gained momentum. Finite control of Sonar was used to develop the sonogram or Ultrasound as many know it. More recently, students at George Mason University put together a portable fire extinguisher that utilizes sound waves.

What if sound waves could be harnessed and used for more? Suppose we could use sound waves to lift things, push, pull, fly or build things without ever having hands or machinery touch it? If you’re a science fiction fan you would know this as a “tractor beam”. Its a device with the ability to attract one object to another from a distance ( as coined by E.E Smith in his novel Spacehounds of IPC in 1931)… to be able to reach out and grab something with an invisible beam.  University of Navarre’s Asier Marzo and a team of researchers at Sussex University in the United Kingdom are developing just that.  The original technology is called acoustic levitation. It’s the same technology NASA has been using it since the ’60s to create artificial gravity for experiments.

The prototype uses 64 miniature hi power speakers working in unison to push up, pull up, move, balance and otherwise manipulate an object using certain frequencies of sound. The sound frequencies are out of the human hearing range, are still in range to make dogs very unhappy. The object currently being used for the experiments is a 5mm (approx. 3/16”) polystyrene ball. In the demonstration video you can see the ball placed into the field of sound and move through the command area by virtue of control of the individual speakers. Not only does this device hold the ball suspended but, it actually “wraps around” it to exact a complete control i.e. if the unit is turned upside down the ball does not fall, it remains in the control  of the sound waves.

It may not seem like a big deal to move a foam ball around a 6 inch square area but another large door has just been cracked open. Aside from moving objects around in 3 dimensions what are the possibilities of sound operated machines? food preparation? the medical field? This technology could take “minimally invasive surgery” to a whole new level. Check out the video of the prototype here.