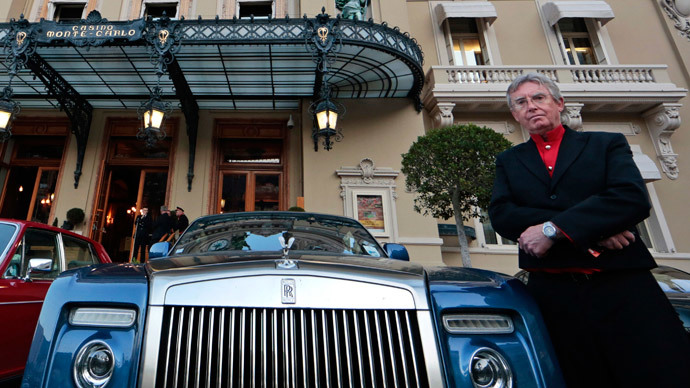 Oxfam has begun warning that an increasing wealth disparity between the super-rich and the rest of us is, “leaving ordinary people voiceless and their interests uncared for.” Well, that’s why we here are doing our darnedest to give voice to the voiceless.

Unless steps are taken to address the inequality, and I doubt even Oxfam is naïve enough to believe that these steps would precipitate on their own, the collective wealth of the 1% will exceed the other 99% by next year, Oxfam warned during the Global Economic Forum in Davos, Switzerland.

The anti-poverty charity had released a report entitled, “Wealth: Having It All and Wanting More”. The title pretty much sums up the dire problems faced by 99%. The richest 1% had an average wealth of 2.7 million dollars in 2014; they have seen their share rise from 44% in 2009 to 48% in 2014. The executive director of Oxfam, Winnie Byanyima, had co-chaired the Davos forum and wanted to draw attention to the grim reality that, “one in nine people do not have enough to eat and more than a billion people still live on less than $1.25 a day,” she told The Guardian.

“Do we really want to live in a world where the 1 percent own more than the rest of us combined? The scale of global inequality is quite simply staggering and despite the issues shooting up the global agenda, the gap between the richest and the rest is widening fast.”

Despite repeated warnings from Oxfam and the rest of us, the rich continue to suck up more and more of the wealth. Last year, Oxfam had reported that the richest 85 people had more wealth than the poorest 50%, or 3.5 billion people. In 2010 the richest 388 owned more than the poorest 50%. The latest statistic certainly seems to indicate that the rest of us will soon be joining these poor souls when the super rich have had their way with us.

“Twenty percent of billionaires have interests in the financial and insurance sectors, a group which saw their cash wealth increase by 11 percent in the 12 months to March 2014,” Oxfam warned.

These corporate sectors spent $550 million, “lobbying policy makers in Washington and Brussels during 2013,” severely altering the scope of government representation originally designed for the electorate, or more simply put, they were openly bribing our politicians into giving them free stuff, taken from the very people who had voted them in.

According to Oxfam, the financial sector had provided the US election campaign of 2012 with a whopping $571 million. That’s a lot of money, but I’m sure they got a decent return on their investments.

Oxfam broke it down thusly: the rich have lots of ‘moolah’. They use moolah to bribe/lobby politicians and then said politicians do whatever it takes to ensure that these rich individuals get the contracts or the policies that allow them to accumulate more moolah. Ergo, wealthy people become wealthier. Fun fact: More than a third of the billionaires on Forbes magazine inherited some or all of their wealth. Oxfam even suggested that governments could adopt a seven-point plan to alleviate inequality in the world:

1) Stop tax evasion by the rich

3) Share the tax burden fairly, shifting it from labor and consumption to capital and wealth

4) Introduce a minimum living wage for everyone

7) Agree to a global goal to deal with inequality