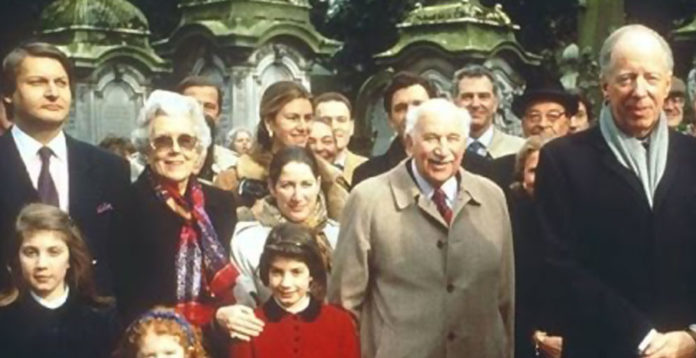 One of the richest and most influential families in the world has been exposed by Russian TVRussian TV (watch the full video below).

The Rothschild Family has been put under the spotlight in Russia, and they hope to expose the corruption that is said to come from within the establishment. Many rumors have gone around about the connection between the Rothschild family and New World Order. Due to the family having connections with many different establishments the conflict of interests simply cannot be ignored. It was said that Putin is getting his people ready to put up a fight opposing New World Order, which the powers that be set up and who have control over almost all of the government, media, and banks in the world.

It was said that Putin wants to get rid of international banking systems and begin afresh with a nationalistic platform that has the backing of thousands of tons of gold along with alliances in Europe, the Middle East, and China, which are growing. Russia has a strong desire to become independent from the remainder of the world, which emerged while under Putin’s ruling and this has shown itself in many different ways.

Russia Is Setting Up New Banking System For Independence

An insider to Russia said that the country is getting ready to set up a system of banking that is going to ensure they have independence from the remainder of the world’s banks, which is a bold move in the economy of today.

The Rothschild family are of course well-known for having ownership of the banking systems, and they have money in numerous countries around the globe. Now it looks like Russia wants to put distance between themselves and the corrupt system, a system that has up to now ruled the way that money changes hands for such a long time.

Russia is said to have developed and implemented successfully and alternative if they are excluded from the banking systems. The banking sector is the biggest vulnerability of Russia. They did not want to have to rely on the SWIFT system of international banks. This is a fast and supposedly secure way of transferring money, and it has been used for over 50 years.