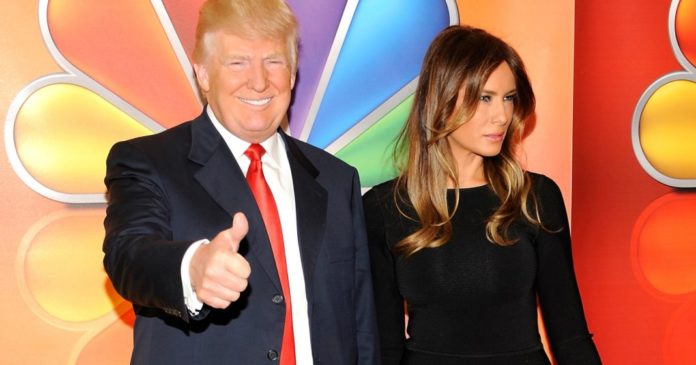 The victory of Donald Trump as the 45th president of the United States has something in common with the United Kingdom’s vote to leave the European Union (Brexit).

Before the Brexit vote, the business cabals and media held high hopes that the British people wouldn’t vote to leave the European Union, and therefore, never seriously expected the results. After Brexit, the aftershocks that rippled through the lives of the financial elites were massive. The Leave vote caused an estimated loss of $127.4 billion in just a single day, leaving the world’s 400 richest people a few dollars less in their bulging bank accounts. According to the Bloomberg Billionaires Index, the net worth of the world’s 400 richest people stood at $3.9 trillion prior to Brexit, but immediately after the shock vote, around 3.2% of this reserve wealth was wiped out.

Now, in the wake of Trump’s shocking victory in the just ended United States presidential election, similar happenings have occurred. Before the vote, the media gave Trump no chance. All major media polls predicted a huge victory win for Hillary Clinton. The corporations and the rich all united behind Clinton, hoping her win would bring a boom to their business. But as it turned in favor of Trump, these cabals carried the brunt this past week. Bloomberg reports that the world’s richest people have so far lost $41 billion and counting, since Trump’s win. Many of these business magnates are Mexicans and Americans. In fact, a week before the election, the rich had an increase of $57 billion, as the markets rose in anticipation of a Clinton win.

Before the election, Trump made clear that under his administration, America’s external trade would change. Taxes would raise on imports, and a re-negotiation on existing trade deals, which give the rich advantage over the country’s interest, would occur. Trump also called for the re-negotiation of the North American Free Trade Agreement, which includes the United States, Mexico and Canada. He has also made clear his plans to reject the Trans-Pacific Partnership (TPP) and the Trans-Atlantic Trade and Investment Partnership (TTIP). According to Bloomberg, Mexico’s richest person, Carlos Slim, lost a whopping $5.1 billion in the wake of Trump’s victory. Slim, who is fifth-richest in the world, shed 9.2% of his fortune after the Mexican Peso plunged to a low of 12% on the news of Trump’s victory.  Slim has a share of 17% in The New York Times. Before the election, Trump blamed Slim for backing the damaging stories that the Times outlet publishing against him, with Trump stating how Slim was against a Republican win because of fear of losing business.

And truly, after the victory of Trump, Slim’s 41-billion-dollar wealth slumped on the Bloomberg Billionaires Index, down-sliding by a 9.2%. Also, the Standard & Poor’s 500 Index was down 1.1% in New York, the very morning Trump’s victory was announced. Stock markets across the globe also wavered on news that Trump had become the next in line for the United States’ top job. Billionaires in the United States, who account for one-third of the Bloomberg wealth ranking, had the biggest dollar loss, falling $9.3 billion. The combined net worth of the billionaires, on the index, fell 0.9% to $4.4 trillion at the start of trading in New York.

According to some observers, Brexit and the victory of Trump will severely disrupt the International Capitalist order. Although Trump himself is a businessman, he lashed out against the business elite, accusing them of preventing an equitable distribution of wealth in the United States. Many believe that because Trump took no money from the rich to run his campaign, he cannot be influenced to ensure their interests. Some have even alleged that billionaires, like George Soros, are behind the anti-Trump protests in the country. Although we cannot fully substantiate this allegation, there might be an iota of truth to this; the rich will do all they can to protect their business interests first, before they contemplate anything else.

This article (Election Aftershock: World’s Richest People Lose $41 Billion After Trump Win) is a free and open source. You have permission to republish this article under a Creative Commons license with attribution to the author and AnonHQ.com.