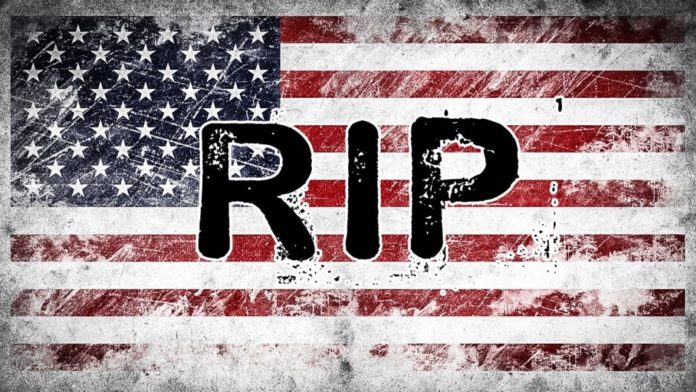 Income inequality — a growing gap between rich and poor because the richest 1% now has as much wealth as the rest of the world combined — was a big contributing factor to the social discontent that led to the Brexit vote. According to a YouGov estimate of people living in households earning less than £20,000 a year, 62% voted to leave the European Union compared with 35% of people living in households earning more than £60,000 a year.

In the 1980s, the top 1% of American adults earned 27 times more than the bottom 50%; today they earn 81 times more. No wonder Republican nominee Donald Trump won the U.S. presidential election by performing more strongly in states with higher income inequality.

While the British were tricked to vote for the traditional political elites who used eurozone’s poor economic performance to save their own skin, the American voters elected a president who used public anger against the ruling elites to put billionaires in charge to dictate policies that aim to ‘fix’ the system for the working class.

That’s not all. Income inequality silently killed the American Dream: the hope that each generation will climb the economic ladder and achieve more than the previous one. A joint research project by Harvard University, Stanford University, and the University of California–Berkeley has found that children’s prospects of achieving the American Dream have fallen from 90% to 50% over the past half-century.

Yet, our obsession with the underdog never allowed us to complain about income inequality. Homelessness, food, minimum wage, insurance are issues to complain about; but never the accumulation of wealth in few hands. Wonder why? Steven William Thrasher, an American award-winning writer and editor, believes income inequality is no accident; the disparities in wealth happen by design, and we can’t fix it by tweaking capitalism or our current economic system. He insists income inequality is a war waged against the poor by U.S. political and economic policies to structurally disadvantage individuals at the bottom. In an op-ed in The Guardian, Thrasher writes:

“President Lyndon Johnson’s so-called War on Poverty didn’t angle to take anything from the rich so that the poor could see equality. It was designed to keep some of the poor just alive enough that they wouldn’t rebel, and designed to let other poor people perish as an object lesson to the rest of us to keep scampering.”

Citing a report from the Institute for Policy Studies, which analyzed the 2015 Forbes list of the 400 richest Americans, Thrasher claims income inequality is structural racism. As per the analysis, the wealthiest 100 households (mostly whites) now own about as much wealth as the entire African American population in the United States (about 41,000,000 people), while the wealthiest 186 individuals (again, overwhelmingly white) now own as much wealth as the entire Latino population of the nation (about 55,000,000 people).

It is no coincidence, he adds, that white Americans earn more money with less education than black Americans; that the African American unemployment rate is more than twice as high as the white unemployment rate; and that black women make 64 cents and Latinas make 56 cents for every dollar earned by a white man. Income inequality is structural child abuse, Thrasher asserts. An estimated 16 million children in the U.S., or about 1 in 5, are dependent on Food Stamps. Based on current demographics in the country, 7 students in a 30-children classroom live in poverty; 1 are homeless; and 6 are victims of abuse.

“Poor people have less access to the health care system. And their bodies suffer the debilitating effects of more intense and more constant stress. Everywhere, and across time, the poor tend to live shorter lives than the rich, whether researchers compare the Bangladeshis with the Dutch or minimum-wage workers with millionaires.”

Income inequality is neither a strong nor an accurate enough phrase to describe economic hoarding at the top, which the billionaire philanthropists try to fix by ‘donating’ a portion of their fortune to charity. Income inequality in America, in short, will remain alive and sickeningly well, as the poorest Americans have no realistic hope of achieving anything that approaches income equality. Thrasher concludes:

“Allowing any of the 100 richest Americans to choose how they fix income inequality will not make the country more equal or even guarantee more access to life. You can’t take down the master’s house with the master’s tools, even when you’re the master; but more to the point, who would tear down his own house to distribute the bricks among so very many others?” This article (The American Dream is Declared Dead. But No One is Complaining. Here’s Why) is a free and open source. You have permission to republish this article under a Creative Commons license with attribution to the author and AnonHQ.com.