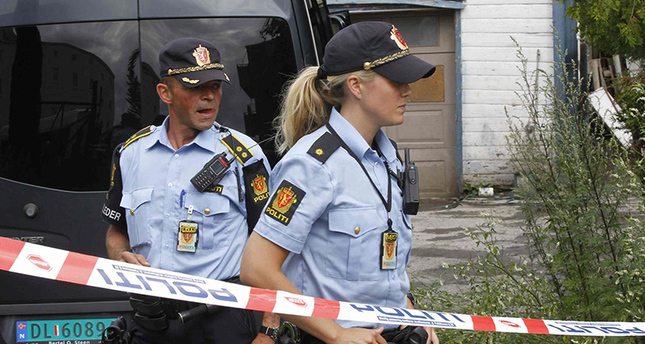 Disturbing though it may be, people in positions of power have been increasingly linked to pedophilia in recent years. From the ongoing Catholic priest sex abuse scandals to similar criminality among British lawmakers, it appears power and authority attract troubled individuals, at least to some degree.

This week, yet another pedophile ring was exposed, this time in Norway. Reports indicate politicians were among the members of the 51-person ring. Police investigating the potential crimes dubbed their inquiry “Operation Dark Room.”

As The Local, an English-language Norwegian outlet reported:

“Police seized 150 terabytes of data material in the form of photos, movies and chat transcripts between members of various paedophile networks.”

According to  Hilde Reikrås, the head of Operation Dark Room, “The material shows the abuse of children of all ages, including infants.”

She discussed details of the findings at a press conference on Sunday:

Police said they uncovered more than one pedophile network on the dark web, where they believe members communicated. Reikrås said they believe “like-minded individuals met with each other in the so-called dark net, where they could talk with one another and cultivate their interest in children in peace.” The culprits reportedly used encryption to conceal their activities.

“Twenty of the 51 people involved in the cases were arrested by the Western Police District. The other 31 people are from other police districts across Norway, and those cases are still under investigation. An additional individual is also under investigation abroad.”

Deputy Police Chief Gunnar Floystad said on Sunday that “many of the suspects were highly educated and include lawyers and politicians,” Deutsche Welle, a German newspaper reported.

Over the last few years, reports of pedophilia among the world’s power brokers have consistently emerged. The United Kingdom has struggled with pedophilia among its lawmakers for decades. In fact, former Prime Minister Margaret Thatcher’s administration has been accused of ignoring — and even covering up — these crimes. Further, recent national police investigation revealed over 1,400 members of a child pedophilia ring, 76 of whom were British politicians at both the local and national level.

Similar echoes have emerged from Hollywood, where former child actors have claimed adults in the industry prey on vulnerable children and teens.

Even Bill Clinton and Donald Trump, two of the most influential men in the United States, have been linked to known pedophile Jeffrey Epstein, who operated a jet dubbed the ‘Lolita Express’ where members of the elite are alleged to have had sex with underage girls.

Pedophilia is certainly not limited to people in commanding positions, but as ongoing revelations continue to expose politicians and other high-ranking members of society, it is worth asking why some are drawn to such power in the first place.

This article (Another Pedophile Ring Involving Politicians Was Just Busted) is free and open source. You have permission to republish this article under a Creative Commons license with attribution to Carey Wedler and theAntiMedia.org.