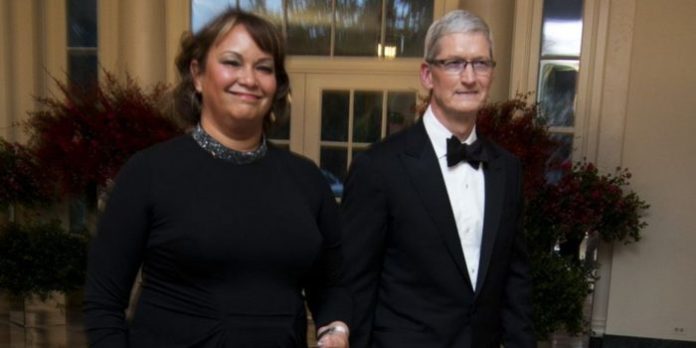 We have warned time and again to never trust technology companies with your data. Where Edward Snowden has raised our consciousness regarding our privacy, we still need to make the conscious effort to further protect our data and our privacy, refusing to allow our governments and cyber criminals take it for granted – literally.

What we are about to narrate to you is very serious. We should all be thankful for whistleblowers like Snowden and Julian Assange, who continue to risk their lives by making public the secret crimes committed by governments and corporations against innocent citizens like us. A new email leaked by Assange’s WikiLeaks has revealed that the vice president of the American technology giant, Apple Incorporated, told John David Podesta that Apple secretly gives its customers’ data to governments thousands of times every month. Podesta is the chairman of Hillary Clinton’s presidential campaign.

Lisa Jackson reached out to Podesta in the email, urging him to influence Clinton into making encryption of data part of her campaign message. However, Podesta’s email inbox was subsequently hacked, and data from it was given to WikiLeaks. The leak has since been dubbed the ‘Podesta Emails’ by WikiLeaks. WikiLeaks has released the emails one-by-one, with more dirty Podesta secrets yet to come.

Apple is part of the numerous U.S. corporations backing Clinton in the presidential elections. Many company executives have strategically aligned themselves with the Democratic nominee in order to get their businesses to thrive under her presidency. This has been a major concern for independent observers, as making Clinton the president of the United States will mean a rule by the corporations. Lisa is a known Democratic Party member. She previously served as the administrator of the United States Environmental Protection Agency before joining Apple in May 2013, as the company’s environmental director. She quickly rose to become the second-in-command of the company, reporting directly to Chief Executive Officer, Tim Cook.

Lisa told Podesta that their preferred candidate in the elections [Clinton] can campaign, advocating for the technology companies to encrypt data of their customers. She said encryption of customer data is not going to be a problem under Clinton’s presidency if she is elected, because they [Apple] have been secretly giving their customers’ data to governments, despite encryption.

“Thousands of times every month, we give governments information about Apple customers and devices, in response to warrants and other forms of legal process,” Lisa Jackson wrote.

Lisa further wrote, assuring Podesta that no matter how data is encrypted, Apple can still retrieve the data and hand it safely and secretly to the government. “We have a team that responds to those requests 24 hours a day. Strong encryption does not eliminate Apple’s ability to give law enforcement meta-data or any of a number of other very useful categories of data,” Lisa wrote to Podesta in the leaked email by WikiLeaks.

Since WikiLeaks published this disturbing leak, many of the corrupt corporate media have tried to conduct public relations work on behalf of Apple. For example, International Business Times, United Kingdom reported that Mr Cook said exactly what was contained in the email during the brouhaha between Apple and the FBI, regarding data belonging to one of the shooters in the San Bernardino attack.

Apple VP to Clinton chief: “Thousands of times every month we give governments information on Apple customers” https://t.co/xzbukwld9F pic.twitter.com/k8Xxnw3FpJ

However, our checks revealed that this was a blatant lie being carried out by the outlet. In the link to the story that the outlet published during the San Bernardino tug-of-war between Apple and the FBI, Cook made this public statement:

“The United States government has demanded that Apple take an unprecedented step which threatens the security of our customers. We oppose this order, which has implications far beyond the legal case at hand. This moment calls for public discussion, and we want our customers and people around the country to understand what is at stake.” You can now see how the corporate media can twist stories, turning black into white and vice versa. The corporations are feeding the media with money. The media’s single preoccupation is to present the corporations in a good light to the public.

If we even use common sense to analyze what Lisa wrote to Podesta, it only tells us that the public noise Apple made with the FBI, regarding the San Bernardino incident, was a complete sham. In fact, the FBI had what they wanted all along. Apple and the FBI deliberately dragged themselves into the public eye, leading the public into having confidence in Apple – that the company is indeed protecting its customers. This will woo more customers for Apple, resulting in an increase in profits and more emails for the government. The company will benefit. Its shareholders will benefit. The government will most certainly benefit. Like we said before, don’t trust any technology company with your data. Always be conscious, and continue to pray for people like Snowden and Assange, for their extraordinary courage that they have mastered and their fight against corruption and malfeasance of governments and corporations worldwide.

This article (Apple Vice Pres. Caught Telling Top Clinton Aide: Customer Data Goes to Governments ‘Thousands of Times Every Month,’ Regardless of Encryption) is a free and open source. You have permission to republish this article under a Creative Commons license with attribution to the author and AnonHQ.com.