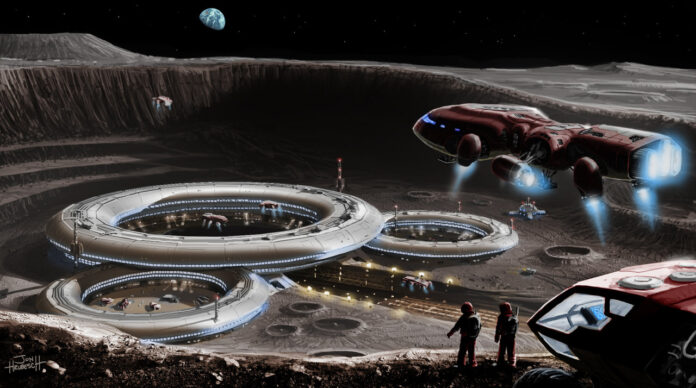 Is our world really as it’s been presented? There are millions of pages of documents that are classified by multiple countries every single year, how is it possible to really determine what’s going on behind the scenes? Why does secrecy rule?

It’s one of many interesting documents that suggest strange things are and have been happening on the Moon.

COVID has sparked a massive shift in consciousness, especially when it comes to trusting governments. Censoring scientists, doctors, journalists and scientific evidence that called into question the measures governments have taken, and are taking to supposedly combat COVID has become the norm.

The US Department of Homeland Security has even put out a statement saying sharing “misinformation” can now be considered a form of domestic terrorism. But who is deciding what “misinformation” is? We’ve seen this label thrown on truth so many times within the past two years alone.

The point is, governments lie. Politics has become, and has been for quite some time, a cesspool of corruption. Measures and policy are usually put in place to benefit the wealthy elite, and they do so under the guise of good will.

But government corruption and secrecy goes well beyond COVID. In fact, secrecy has been a staple of these organizations for decades.  The United States, for example, has a history of government agencies existing in secret for years. The National Security Agency (NSA) was founded in 1952, its existence was hidden until the mid 1960’s. Even more secretive was the National Reconnaissance Office, which was founded in 1960 but remained completely secret for 30 years.

When it comes to the moon, there are legitimate reasons to believe that space programs have been shrouded in secrecy as well. For example, as unbelievable as it may sound, a 1979 document published by Wikileaks clearly implies that the United States had a “secret” based on the Moon that was destroyed by Russia.

Unfortunately, the document is not an electronic document, therefore access to its full contents is not available online. As a result we can’t know much of its content. It came from the Bureau of European and Eurasian Affairs.

Prior to this being published by Wikileaks, it was known that there was a desire to build bases on the moon. A 1966 document from the US government’s own publishing office clearly states these goals. In a statement by HON. George P. Miller, a portion of the document states,

A 1962 memorandum that was addressed to the CIA director regarding “Military Thought” (Top Secret) by Lieutenant General Korenevsky that was published by The Ministry of Defense in USSR states the following,

As you can see, it’s safe to assume we don’t really know what’s going on with regards to the moon, or, if anything, or what’s happening up there with possible manned bases. These kinds of developments and initiatives have a history of being shrouded in secrecy. The Wikileaks document is from 1979, so perhaps these goals were accomplished by then?

It has been announced within the mainstream, however, that Russia and China have presented a plan to build the joint International Lunar Research Station (ILRS). The proposed lunar base is intended to be ready for crewed visits by 2036. But is this simply a “mainstream” way to disclose a presence when there as already been one for decades?

There are also other concerning pieces of information that have ‘leaked’ regarding the moon.

For example, a declassified report by the Air Force Nuclear Weapons Center from June 1959 shows just how seriously they considered a plan called Project A119. In general, they wanted to investigate the capability of weapons in space as well as gain further insight into the space environment and the detonation of nuclear devices within it.

What’s interesting is the witness testimony that’s accompanied sentiments expressed in some of these documents from people within the military. In the 1950s, USAF Colonel Ross Dedrickson was responsible for maintaining the inventory of the nuclear weapons stockpile for the Atomic Energy Commission. He was also responsible for accompanying security teams testing the security of the weapons, among other duties. He claimed that the US government actually did send a nuclear weapon to be detonated on the moon for scientific purposes.

The study makes a great point when it comes to the extraterrestrial hypothesis:

A decidedly conservative mainstream scientific establishment often rejects anomalies based on subject matter alone, i.e., there cannot be alien artifacts on the moon because there are no alien artifacts on the moon (or other planets). Such a view is an example of circular reasoning, based on the belief that extraterrestrials do not exist, or if they do exist that they could not have traveled to our solar system.

The testimony linked above from Dedrickson also mentions an extraterrestrial presence. So maybe there’s something deeper beyond human intelligence we are not being told? Who knows? One thing is for certain, it’s no longer taboo to ponder.