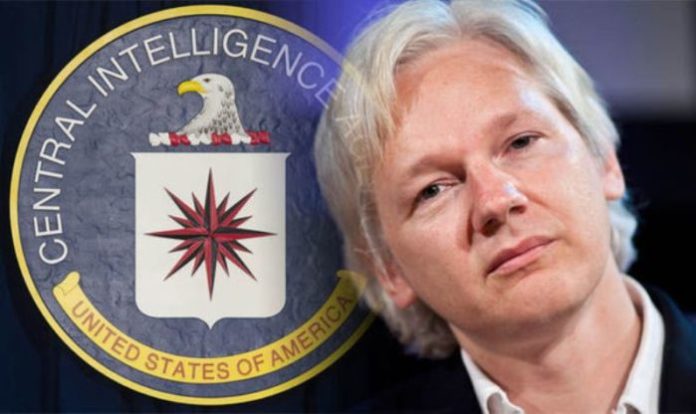 In November 2014, the United States government announced that a number of the country’s companies have been victims of cyber attacks.  The attackers were also said to have targeted agencies of the federal government. The government claimed trade secrets were stolen through the cyber attacks. Fingers were quickly pointed at China and Russia for being behind the attacks. The accusation against Russia continued into the 2016 Presidential election. The intelligence agencies believe Russia interfered in the election to help Donald Trump win. This allegation has prompted Congress to launch an investigation to determine whether Russia truly interfered in the election or not.

But following the disclosure of Vault 7 — the first full part of the series “Year Zero” by WikiLeaks regarding the hacking tools of the United States Central Intelligence Agency (CIA), details are emerging that neither Russia nor China was behind the indiscriminate cyber attacks in the United States some time ago.

The Vault 7 leak by WikiLeaks revealed how the CIA can attribute its hacking activity to others. In fact, the CIA can make its malware look as if it derived from Russia, China or other hostile countries of the United States. According to the leaked information, the CIA’s malware allows the intelligence agency to not only steal hacking techniques, but also to leave false “fingerprints” to make it appear as if others were responsible for the attack. After releasing this damning information, WikiLeaks founder Julian Assange gave tech companies full access to the methods used by the CIA in its hacking operations. This move by Mr Assange was to prove to the tech companies that the CIA is capable of such attacks, and has carried out such cyber attacks – while leaving false fingerprints to frame countries considered to be rivals of the United States.

After allowing the tech companies the access, Mr Assange then disclosed that after Vault 7 was published, an anti-virus expert approached WikiLeaks informing the outlet that attacks previously blamed on Russia, China, and other actors were actually carried out by the CIA.

Mr Assange continue: “Already an anti-virus expert has come forward to say that sophisticated malware that he had attributed to a state, either Iran, China or Russia, now he believes is from the CIA because the type of attack system it uses corresponds directly to a description we published of that attack system. And it’s rare enough that it seems unlikely that it would be independently discovered, unless of course China has already gotten hold of these parts of the CIA arsenal and that China is using them to pretend to be the CIA.”

The WikiLeaks founder also warned that because the technology hides its origin, it is completely open to abuse without consequences. He urged tech companies to be cautious with decisions taken on advice by the United States government or its intelligence agencies. Of course, the CIA is notorious of being behind clandestine activities. Sometimes, the agency carries out false flag attacks to serve as a pretext for the United States to intervene with its military, conducting coups or to simply oust a government considered to be hostile to the country.

This article (Assange Reveals Past Cyber Attacks on U.S. Companies Blamed on Russia and China were carried out by the CIA) is a free and open source. You have permission to republish this article under a Creative Commons license with attribution to the author and AnonHQ.com.