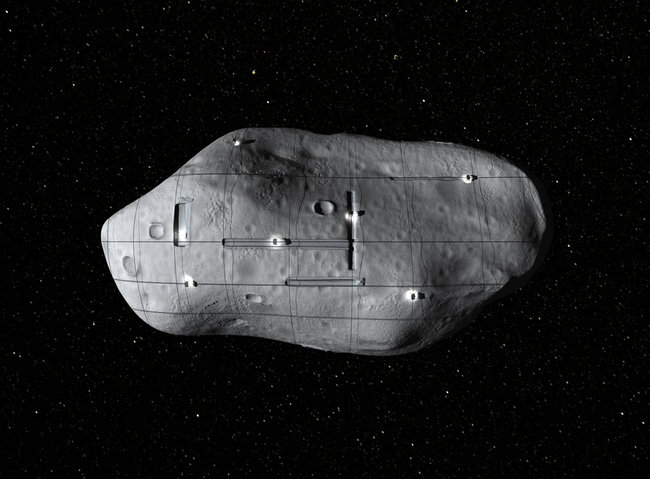 Ever wondered why companies like Planetary Resources, whose investors include Google co-founder Larry Page and executive chairman Eric E. Schmidt, Virgin billionaire Richard Branson, and filmmaker James Cameron, and Deep Space Industries are investing millions to develop new technologies in asteroid mining? Well, when asteroid 433 Eros, flew close to the Earth in 1998, scientists estimated that the rock contained around 20 billion tons of precious metals; including gold, platinum and titanium – today valued at $11 trillion. Considering the fact that there are more than 10,000 near-Earth asteroids, private companies are on the verge of colonizing the new space economy with their futuristic plans of mining and selling these incredibly rare cosmic assets.

Planetary Resources, overseen by former NASA Mars mission manager Chris Lewicki, is expected to initially focus on developing and selling extremely low-cost robotic spacecraft for surveying missions. The company plans to use several mid-sized space telescopes, to help find the asteroids with the best potential for return. In addition, to mining for platinum and other precious metals and rare minerals, the company plans to tap asteroids’ water in order to supply orbiting fuel depots, which could be used by NASA and others during robotic and human space missions. In 2016, the company is expected to launch a prospecting spacecraft, carrying deep-space lasers to gather data on some of the thousands of more distant asteroids, before later sending telescopes into space to study asteroids between Earth and the Moon.

Deep Space Industries plans to launch two spacecraft for asteroid mining. In 2016, the smaller “Firefly” will prospect for suitable asteroids to mine. The first phase will cost some $20 million. In 2017, the larger “Dragonfly” will begin a two- to three-year mission to land and take samples for analysis. Additionally the company sees a “Harvester” spacecraft heading out in 2019, to capture and divert the most promising asteroids, so that they settle into orbit around Earth by 2021. But who decides who owns the asteroids/resources mined outside the Earth’s orbit?

“The time has come to get serious about lunar property rights,” said Robert Bigelow, of Bigelow Aerospace, at a NASA briefing in 2013. Valuable resources, difficult to extract here on earth, are so common on asteroids crashing into the moon that Bigelow said lunar miners won’t even have to dig. They’ll find things like platinum, rhodium and iridium by “just walking around, picking stuff up from the ground”.

By mining resources in space instead of transporting every material from Earth in a rocket, asteroid miners could save millions of dollars for future space missions. The mineral-rich asteroids have orbits that bring them close to Earth’s atmosphere, making them relatively accessible to space miners. These mining operations could enable an unprecedented level of autonomy to future space missions, empowering bigger and better exploration efforts.

Although, the idea of asteroid mining is challenging and risky—as it will still cost a profound amount of millions of dollars before a single asteroid could be mined, and any return on investments may take decades, provided the missions are successful—billionaires and humanity in general are ready to embrace the great gain and the likely losses of this potential opportunity.