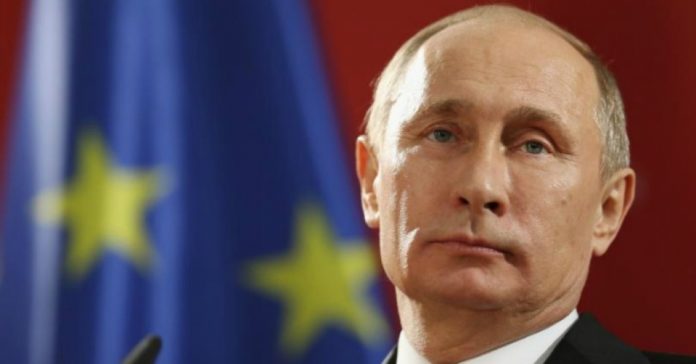 >> CLICK HERE TO JOIN US <<
>> CLICK HERE TO SUPPORT US <<
by Marcy Wheeler at commondreams.org
“NYT’s argument that Putin was behind WikiLeaks’ NSA leaks doesn’t hold together for a lot of reasons.” (Photo: Getty)

In an remarkable hit piece NYT spent over 5,000 words yesterday trying to prove that all of WikiLeaks’ leaks are motivated from a desire to benefit Russia.

That of course took some doing. It required ignoring the evidence of the other potential source of motivation for Julian Assange — such as that Hillary participated in an aggressive, and potentially illegal, prosecution of Assange for being a publisher and Chelsea Manning for being his source — even as it repeatedly presented evidence that that was Assange’s motivation.

Putin, who clashed repeatedly with Mrs. Clinton when she was secretary of state,

In late November 2010, United States officials announced an investigation of WikiLeaks; Mrs. Clinton, whose State Department was scrambled by what became known as “Cablegate,” vowed to take “aggressive” steps to hold those responsible to account.

Another person who collaborated with WikiLeaks in the past added: “He views everything through the prism of how he’s treated. America and Hillary Clinton have caused him trouble, and Russia never has.”

It also required dismissing some of the most interesting counterexamples to the NYT’s thesis.

Sunshine Press, the group’s public relations voice, pointed out that in 2012 WikiLeaks also published an archive it called the Syria files — more than two million emails from and about the government of President Bashar al-Assad, whom Russia is supporting in Syria’s civil war.

As I have noted, there is a significant likelihood that the Syria files came via Sabu and Anonymous from the FBI — that is, that it was actually an American spy operation. Even aside from how important a counterexample the Syrian files are (because they went directly contrary to Putin’s interests in protecting Assad, no matter how bad they made Assad’s western trade partners look), the provenance of these files and Assange’s current understanding of them deserve some attention if NYT is going to spend 5,000 words on this story. But the most remarkable stunt in this 5,000 screed is taking Wikileaks’ efforts to show policies a great many people believe are counterproductive — most importantly, passing trade deals that benefit corporations while hurting real people, but also weakening other strong hands in climate change negotiations — and insinuating they might be a Putinesque plot. This bit requires editorial notes in line:

From November 2013 to May 2016, WikiLeaks published documents describing internal deliberations on two trade pacts: the Trans-Pacific Partnership, which would liberalize trade [ed: no, it would protect IP, the opposite of liberalizing trade]between the United States, Japan and 10 other Pacific Rim countries, and the Trade in Services Agreement, an accord between the United States, 21 other countries and the European Union.

Russia, which was excluded, has been the most vocal opponent of the pacts [this is presented with no evidence, nor even a standard of evidence. I and all of America’s TPP opponents as well as TPP opponents from around the world must redouble our very loud effort], with Mr. Putin portraying them as an effort to give the United States an unfair leg up in the global economy.

The drafts released by WikiLeaks stirred controversy among environmentalists, advocates of internet freedom and privacy, labor leaders and corporate governance watchdogs, among others. They also stoked populist resentment against free trade that has become an important factor in American and European politics. [Here, rather than admitting that this broad opposition to these trade deals shows that Putin is not the most vocal opponent of these pacts — contrary to their foundational assumption in this section — they instead portray a wide spectrum of well-considered activism as unthinking response to Putinesque manipulation. And note, here, a news outlet is complaining that ordinary citizens get access to critically important news, without even blushing? Also note the NYT makes no mention of the members of Congress who were also begging for this information, which makes it easier to ignore the profoundly anti-democratic nature of these trade agreements.]

The material was released at critical moments, with the apparent aim of thwarting negotiations, American trade officials said. [In a piece obscuring the unpopular and anti-democratic nature of these trade deals, the NYT gives these sources anonymity.]

WikiLeaks highlighted the domestic and international discord on its Twitter accounts.

American negotiators assumed that the leaks had come from a party at the table seeking leverage. [That anonymity again: NYT is protecting some bitter trade negotiators who’ve invented a paranoid conspiracy here. On what grounds?]

Then in July 2015, on the day American and Japanese negotiators were working out the final details of the Trans-Pacific Partnership, came what WikiLeaks dubbed its “Target Tokyo” release.

Relying on top-secret N.S.A. documents, the release highlighted 35 American espionage targets in Japan, including cabinet members and trade negotiators, as well as companies like Mitsubishi. The trade accord was finally agreed on — though it has not been ratified by the United States Senate — but the document release threw a wrench into the talks.

“The lesson for Japan is this: Do not expect a global surveillance superpower to act with honor or respect,” Mr. Assange said in a news release at the time. “There is only one rule: There are no rules.” [That the US spies on trade negotiations was of course not news by this point. But it is, nevertheless, worthy to point out.]

Because of the files’ provenance, United States intelligence officials assumed that Mr. Assange had gotten his hands on some of the N.S.A. documents copied by Mr. Snowden.

But in an interview, Glenn Greenwald, one of the two journalists entrusted with the full Snowden archive, said that Mr. Snowden had not given his documents to WikiLeaks and that the “Target Tokyo” documents were not even among those Mr. Snowden had taken.

The next paragraph goes on to note that the same NSA documents focused on climate negotiations between Germany and the UN, which seems to suggest the NYT also believes it is in petro-state leader Putin’s interest for the US attempts to dominate climate change negotiations to be thwarted, even as Assange describes US actions as protection petroleum interests, which of course align with Putin’s own.

In other words, as a central piece of evidence, the NYT spent 11 paragraphs repackaging opposition to shitty trade deals — a widely held very American view (not to mention a prominent one is most other countries affected) — into something directed by Russia, as if the only reasons to oppose TPP are to keep Russia on an equal shitty neoliberal trade footing as the rest of us, as if opposing the deals don’t benefit a whole bunch of red-blooded Americans.

That’s not only logically disastrous, especially in something billed as “news,” but it is very dangerous. It makes legitimate opposition to bad (albeit widely accepted as good within beltway and I guess NYT conventional wisdom) policy something disloyal.

NYT’s argument that Putin was behind WikiLeaks’ NSA leaks doesn’t hold together for a lot of reasons (not least that those two topics are probably not what Putin would prioritize, or even close). But it also has the bizarre effect, in a hit piece targeting Assange and Putin, of making Putin the hero of the anti-TPP movement.

And yet, NYT’s three journalists don’t seem to understand how counterproductive to their “journalistic” endeavor that argument is.