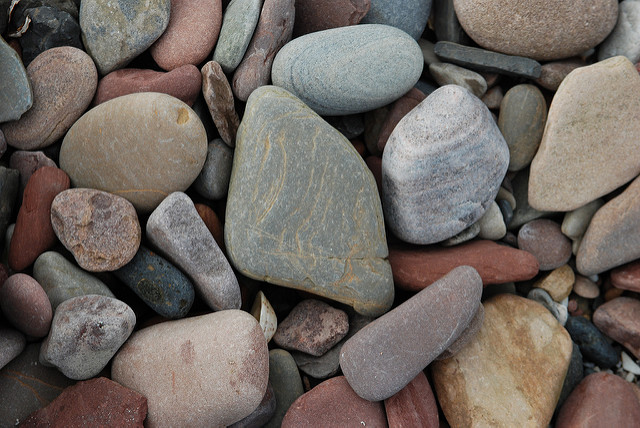 Scientists have discovered a revolutionary method that can safely transform carbon dioxide, one of the largest contributors to climate change, into stone.

“For permanent storage, this is the ultimate in safety,” said lead author Juerg Matter from Southampton University, UK, “Carbonate minerals are really stable.”

An international team of researchers have reported that they have discovered a method of storing carbon dioxide in basalt rocks. As part of the experiment, researchers pumped CO2 and water into the volcanic rock under Iceland, where it rapidly transformed into a solid rock.

According to the report, published in the journal Science, the researchers were amazed by how fast the gas turned into a solid. Scientists had originally feared that the solidifying process would take hundreds of thousands of years. However, 95 percent of the mixture had transformed into a chalky white stone within just two years. “Of our 220 tonnes of injected CO2, 95% was converted to limestone in less than two years,” said Matter.

“It’s what we hoped for … and in some ways better,” said David Goldberg, a Columbia University geophysicist who wasn’t part of the team, but praised it. “What’s going on here is a natural process being accelerated.”

As the effects of climate change continue to accelerate across the globe, the search for innovative solutions is fast becoming our best chance to halt global warming and other changes in our climate. Carbon Dioxide (CO2) enters the atmosphere through burning fossil fuels, soil waste, trees and wood products, making it the primary greenhouse gas emitted through human activity.

As a result, researchers are becoming increasingly keen to investigate so called “carbon capture and storage” (CCS) solutions. Previous CCS experiments have primarily centered around the idea of injecting CO2 into specially selected sandstone soils or deep saline aquifers. However, with increasing fears that the CO2 may one day find a way to leak back into the atmosphere, this recent experiment has instilled hope that a permanent solution is just over the horizon.

The recent pilot experiment, called the Carbfix project, took place at Iceland’s Hellisheidi power plant, the world’s largest geothermal facility. Working with the plant, the researchers were able to combine CO2 with water to make a slightly acidic liquid, which was sent hundreds of metres down into the volcanic basalts.

“We need to deal with rising carbon emissions and this is the ultimate permanent storage – turn them back to stone,” said Juerg Matter.

Although injecting CO2 into basalt is slightly more expensive than other storage methods, it does not require regular monitoring. In the wake of its success, the Carbfix project has begun scaling up to bury 10,000 tonnes of carbon dioxide a year.

“This means that we can pump down large amounts of CO and store it in a very safe way over a very short period of time,” said study co-author Martin Stute, a hydrologist at Columbia University’s Earth Observatory.

“In the future, we could think of using this for power plants in places where there’s a lot of basalt — and there are many such places.”

Dr Matter added: “You can find basalts on every continent and, certainly, you can find them offshore because all the oceanic crust – so below the seafloor – is all basaltic rocks. In terms of the availability of basaltic rocks to take care of CO2 emissions globally – no problem.”

A 2014 report by the Intergovernmental Panel on Climate Change concluded that CCS is a vital part of the effort to reduce the effects of climate change.

“Carbon capture is not the silver bullet, but it can contribute significantly to reducing carbon dioxide emissions,” Dr Matter said.

This article (The Battle Against Greenhouse Gases: Scientist Turn CO2 into Rock) is a free and open source. You have permission to republish this article under a Creative Commons license with attribution to the author and AnonHQ.com.