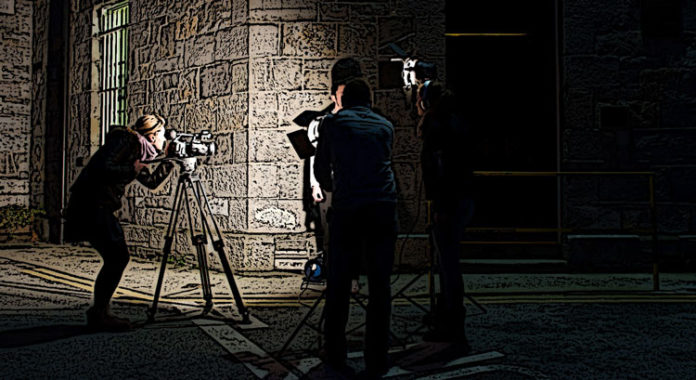 “I am ashamed to be a journalist,” says grieving BBC radio host.
John Darvall is a BBC radio host who recently had an epiphany over the state of journalism, after realizing the industry he’d served so well wouldn’t think twice about screwing him over for a good story.

Darvall, who hosts a show on BBC radio Bristol, has just lost his daughter. Polly was 22, and died in a tragic car accident on Halloween. Since he works for the BBC, Darvall’s grief became public, and he agreed to give an interview. The report was full of inaccuracies and mistakes which compounded his loss, and caused huge problems in the family.

‘This poor piece of journalism made Tuesday probably the worst day of this whole episode so far. This includes seeing our dead daughter in a hospital mortuary just 12 hours after she was killed,’ Darvall wrote in a moving blog post.

‘Newspapers have contacted me and provided appallingly written articles, which I have had to change, ‘polish’ or make actual sense of. Other papers have published articles using my personal relationship as ‘the in line’, when this is NOT the story but, at best, just a very small part of the story.’

Darvall goes on: ‘Those who know me well will know that I never, ever wanted to be the story, just to tell or share the story, as a journalist, correctly. I have never wanted to be on TV, I don’t want to be known, perhaps just be known of, to do my job well and to help people if I can and to get to the truth for others.’

However, he’s now seen the light: ‘truth’ and the mainstream media don’t go together, after all. Darvall suggests there’s no future for his industry, suggesting that the internet will eventually take over as the primary source of finding out about current affairs:

‘The way we all consume news is changing,’ he writes. ‘The way we share news has changed and will continue to change at a faster pace. This week TV and newspapers have proven to me why they are not the future of news. If they can’t even get their facts right, be trusted with clear information and then report it accurately is it any wonder that we are all turning to Facebook, Twitter and other internet sources for our news and information? The internet allows us to come to our own conclusions by checking our own facts. We really can’t trust the traditional outlets to do it right or properly. I write this as a father who has lost a daughter. I write this as a journalist who loved his work but can now clearly see why so many have lost faith in his profession and traditional media. They, we and I have brought this on ourselves.’

Finally, Darvall leaves us with two pieces of advice:

‘Trust nothing you read or watch,’ he tells us, and possibly the most important thing of all: ‘Love your children and loved ones. Properly love them. Tell them every day, make sure they know that you love them regardless of what might be happening. Nothing is more important than that.’

Darvall’s blog post comes in the wake of two (much bigger) ‘shock-horror’ admissions by insiders that the mainstream media is entirely fake: a German journalist recently spilled the beans on how media professionals are nothing more than propaganda writers who deliberately lie to the people and help intelligence agencies push for war.

In another story that went viral around the world, a model who built her career on making herself look beautiful for Instagram photos had what can only be described as a total breakdown, quitting the ‘business’ of social media and blowing the whistle on how shallow and fake the entire industry is in her final YouTube video ever (Note: embedded video now fixed). Both of these are well worth watching and sharing with everyone you know!

Could 2015 be the year that the masses wake up and see that the Emperor is wearing no clothes? We certainly hope so…

This article (BBC Journalist Comes Clean: “Believe Nothing You Read Or Watch”) is free and open source. You have permission to republish this article under a Creative Commons license with attribution to the author and TrueActivist.com.