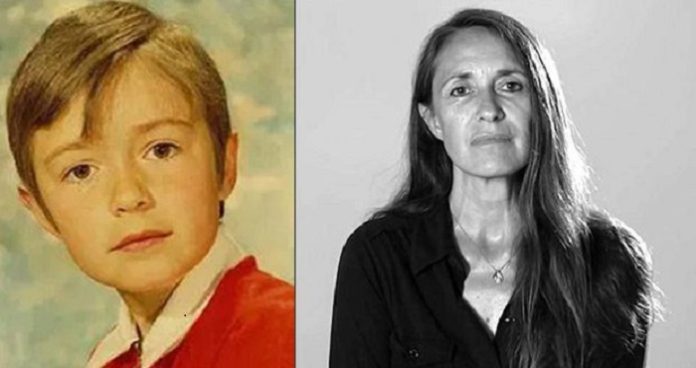 The British ‘Daily Mail‘ tells the harrowing life story of a 53-year-old Belgian woman: As a child, she had been abused and tortured over five years by a pedophile network, says Anneke Lucas, who now lives as a yoga teacher in New York and has  a 15-year-old daughter herself.

Against this backdrop, the fact seems interesting that journalist Udo Ulfkotte, shortly before his death, also was involved in the research on pedophile networks in German politics. While travelling in Afghanistan, leading German politicians are said to have had regular sex with infants.

The experiences reported by Lucas refer to serious crimes, such as what had come to light in the 90’s around the Belgian child molester Marc Dutroux. Lucas claims to have been tortured in 1974 by a man who was one of the accused persons in the Dutroux case in 1996. A spokesman for the Belgian police said to the ‘Mail’ they were not in a position to comment on the allegations made by Mrs Lucas.

Belgian judicial authorities in the 90’s had revealed a pedophile network behind Dutroux which has never been fully unmasked. There were several “investigation mishaps” and some dead witnesses. In 2004, only Dutroux was sentenced, for life.

Her mother sold her to the monsters

In 1969 Anneke Lucas was just six years old when she was sold to the network – by her mother. Since then, she would bring her everywhere when she got a call from the “Boss”. This boss was “a Belgian cabinet minister”, Lucas says. “My mother never really was like a mother. She was a very sick woman and a psychopath.”

On the first “party”, which took place in a castle, she was chained with a metallic dog collar on a stage and forced to eat human excrement. Then she was led into a basement and shown the body of a freshly murdered child. The message was clear: “If you talk, you’ll die.”

Lucas describes in a personal report on ‘Global Citizen’ of how she felt broken completely and humiliated. In this situation, she knew she had to do something to survive.

“I recognised people from the television”

“I looked at the bizarre set of aristocrats who were dressed as hippies, swinging in various stages of sexual interaction to psychedelic music, consuming lots of small pills and pre-rolled joints, which were handed to them on silver trays by sober waiters.” At that moment she was trembling with fear however said to herself – what these adults are doing is wrong, and they will all end up in jail.

About a confused men in a suit who looked sympathetically at her for a moment that night, she says: “I never saw him again on the network. He later became a prominent Belgian politician.”

The members of the network all belonged to the establishment. “I recognised people from the television. I came across VIP’s, European heads of state and even a member of a royal family”,  Lucas writes. “I was confronted with the dark side of their reliance on power – that side, of which no one believes it exists.”

In her family and at school, Anneke henceforth was like a “nothing” – and another girl from her school also had fallen prey to the network. She had few friends only – and absolutely nobody who she could trust.

She estimates that prior to her 12th birthday she was raped during six hours per week – a total of over 1,700 hours. “Usually, it went on all night and through the weekend,” she said to the ‘Mail’. As her parents did not talk about it, she began to say to herself: “It’s normal.”

To the inhuman conditions she responded by way of adaptation and a kind of Stockholm Syndrome, which means developing “sympathetic sentiments” towards her rapists as a survival strategy during the suffering. She took something like pride from it, to be abused by powerful men who used the children as luxury objects. The members of the network each had different motives for being involved in this.

Avoid attention by all means!

The threat of being murdered was omnipresent. Lucas says: “The children were played off against each other. There were friendships, but I tried to keep things as superficial as possible in order to survive.” Also she was keen to not become any offender’s personal “favorite”. Girls were more often killed than boys, who were tortured more frequently than the girls tough. “I knew what had happened to girls who had attracted attention … It triggered a lot of problems. So I tried to avoid any attention”, Lucas said to the ‘Mail’.

After five years she was “no longer useful” to the network, and she was supposed to be killed on a butcher block. This was averted last minute because the 20-year-old son of a politician felt sympathy for her and negotiated a deal with the head of the network: He would work for him if Anneke’s life was spared. “This good deed eventually cost him his own life. In this milieu, any spark of humanity is a fatal weakness.”

“No child should ever experience what I’ve been through.”

Lucas says, “No child should ever experience what I’ve been through, or what millions of children are going through.” She herself is through four decades of dispelling before she felt able to speak with another person about her story for the first time. In December of 2016 she made her story public.

She says: “If we are to survive as a species,” the world must be prepared to deal with the darkness of the pedophile networks.

She assumes that many of the perpetrators – “power-hungry people, leaders and corrupt politicians, abusing children” – probably hemselves had been abused as children and therefore are stuck in a spiral of retaliation. These people would use the power over others as a means to never again feel the humiliation they once had sufferred. They were lacking the courage to heal. Lucas writes:

“The mere survival in everyday life, while trying to heal from sexual abuse in childhood days, requires a thousand times more energy than any normal person without that experience needs to make a successful career. And the society still has more appreciation for a succesful career person than for a survivor.”

In her opinion, any survivors of abuse, incest or sexual slavery got enormous strength, and their healing and survival power may stimulate that of the society as a whole. She writes:

“We must learn to use our power for survival in our own interest, so we can heal our damaged Ego and channel this energy to point the way to a future in which former victims through love, understanding and compassion stand for all.”