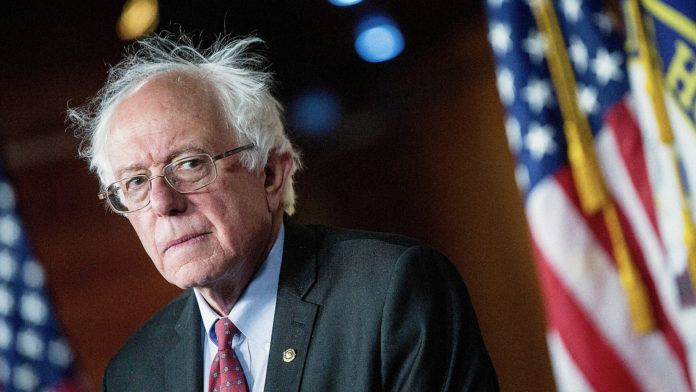 by by Amanda Froelich at trueactivist.com

The biotech industries are “transforming our agricultural system in a bad way,” says Senator Sanders.

Even before Senator Bernie Sanders decided to run for President of the United States, he was quite vocal about factory farming, big corporations, and the Biotech giants. In fact, as early as 1994, Sanders was fighting against companies such as Monsanto for using chemicals that impact human and animal health, reports Alt Health Works.

Now a presidential candidate nominee, Sanders isn’t backing down from the biotech giants and is fighting harder than ever to protect peoples’ right to know what’s in their food.

Unlike Hillary Clinton, who is an avid supporter of genetically modified foods (GMOs), Bernie believes that the biotech industries are “transforming our agricultural system in a bad way.” He believes in mandatory GMO labeling (after all, he helped pass a mandatory GMO labeling law in Vermont) so consumers may be informed and make conscious choices.

Like activist and musician Neil Young, Sanders believes the GMO giants are trying to keep consumers in the dark about what they are eating (DARK Act), and supports family-owned and organic agriculture.

Senator Sanders spoke about how to make sure our food is healthy and our farming is ethical during a private dinner event on December 27th.

In the video above, the presidential nominee states:

“The debate should be – how do we make sure that the food our kids are eating is healthy food. And having the courage to take on these huge food and biotech companies who are transforming our agricultural system in a bad way.”

He also addressed the fossil fuel industry and said that it’s past due time we start shifting toward renewable and alternative energy.

Before Sanders tackled the heavy topics in his speech, he transported the audience to his home state of Vermont. In the lush state, organic farmer’s markets and sustainable farming are becoming the norm; his vision is to lead an America where this is commonplace everywhere.

“We have hundreds of farmers markets (in Vermont), you’ll find people buying food, beef and poultry directly from farmers, and there’s a growing farm to school pipeline,” he says. “It’s something we’ve worked very hard on and I think all over this country people are concerned about the quality of food their kids are eating.”

Watch the full video above to learn more about Bernie Sanders’ views.

This article (Bernie Sanders Takes On Monsanto, Vows To Protect Organic Farming And Push For GMO Labeling) is free and open source. You have permission to republish this article under a Creative Commons license with attribution to the author and TrueActivist.com