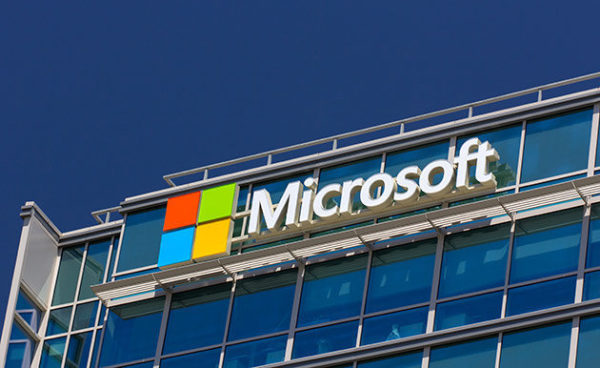 The technology giant, Microsoft Corporation has announced that it is partnering with a marijuana industry-focused software company called Kind Financial.

Kind Financial is headquartered in Los Angeles, California. Established in 2013, the company provides “seed to sale” services for marijuana growers. This allows growers of the plant to track inventory, navigate laws and handle transactions all through company’s software systems.

The company, in fact, handles the entire marijuana business life-cycle, ensuring that transactions are safe, secure and remain in compliance with the laws. Currently in the United States, marijuana is fully legal for both recreational and medical use in five states. Twenty other states have also legalized the plant for medical use only. However, under federal law, the plant is still prohibited. In the states where marijuana laws have been relaxed and regulated, it is being reported that the states are making profits from the plant, as more people are using the plant to boost their health status. This has made the legal marijuana industry fast growing in the United States.

New tech start-ups have seen the opportunity in the industry. They have been flocking to join the industry.  Tech experts say that the marijuana industry’s specific needs for data tracking to optimize plant growth and other logistics, as well as its booming market potential, make it well-suited for tech partnerships. Huffington Post reports that the historic partnership will allow Kind Financial operations to run on Microsoft’s “Azure Government” cloud. It is said the software is meant to help states that have legalized the medical or recreational use of marijuana keep tabs on sales and commerce, ensuring that they remain in the daylight of legality, thus avoiding harassment from law enforcement officials.

Since Microsoft made the partnership announcement, many marijuana activists have been commending the company for taking such a bright idea.

The founder of the marijuana data company Green Wave Advisors, Matthew A. Karnes told the New York Times in an interview that Microsoft has defied the odds, and that hopefully, some known tech companies will follow. Mr Karnes said: “Nobody has really come out of the closet, if you will. It’s very telling that a company of this caliber is taking the risk of coming out and engaging with a company that is focused on the cannabis business.” The Executive Director of National Organization for the Reform of Marijuana Laws, Allen St. Pierre also said marijuana software and Microsoft are a natural pairing, and that Microsoft joining the marijuana industry will help in the ongoing effort to make marijuana legal across the United States. He believed Microsoft has strong lobbying capabilities to help make the plant legal in the country.

“If you are trying to go big macro strategy at a company like Microsoft, and you want a super diverse portfolio, and you’re located largely in a place where you can visibly see the marijuana commerce happening, and of course maybe your employees and others are engaged in that commerce, why wouldn’t the company invest in it? Having a brand name like Microsoft will definitely catch people’s attentions,” he said.

This article (Boost for Marijuana: Microsoft Officially Joins Legal Marijuana Industry in the United States) is a free and open source. You have permission to republish this article under a Creative Commons license with attribution to the author and AnonHQ.com