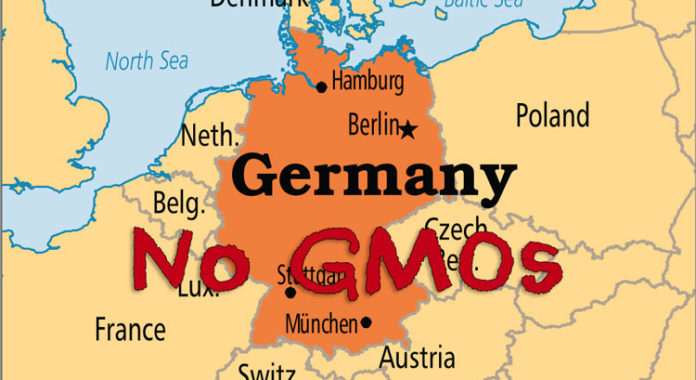 Germany is following Scotland’s example and banning all GM crops!
New rules implemented by the European Union now allow individual member states to block farmers from using GM organisms, even if the variety has been approved on an EU-wide basis. As TrueActivist shared before, Scotland was quick to take up that opportunity.

To “preserve the country’s clean and green brand,” Scotland chose to ‘opt out’ of growing GMO crops. And now, Germany is following suit.

As Independent.UK reports, Germany has begun taking the steps necessary to ban the use of all genetically modified (GM) crops.

According to Christian Schmidt, Germany’s agriculture minister, Germany will persist with its previously-announced ban on GM crops, which made headlines on the 24th of August.

At present, EU countries have until October 3, 2015, to inform the commission if they intend to opt out of the bloc-wide approvals. Will more countries join Scotland and Germany? Many suspect, ‘yes.’

Controversy concerning the safety and/or necessity of GMOs persists. But while the debate rages on, countries like Germany and Scotland are not going to idly sit by while the effects posed by long-term consumption of GM foods is discovered.

This move makes Germany one of between 64-74 countries (at biotech’s admission) that has currently instated some type of ban or mandatory labeling requirements.

This article (Breaking: Germany Follows Scotland’s Lead And Opts To Ban GMOs) is free and open source. You have permission to republish this article under a Creative Commons license with attribution to the author and TrueActivist.com