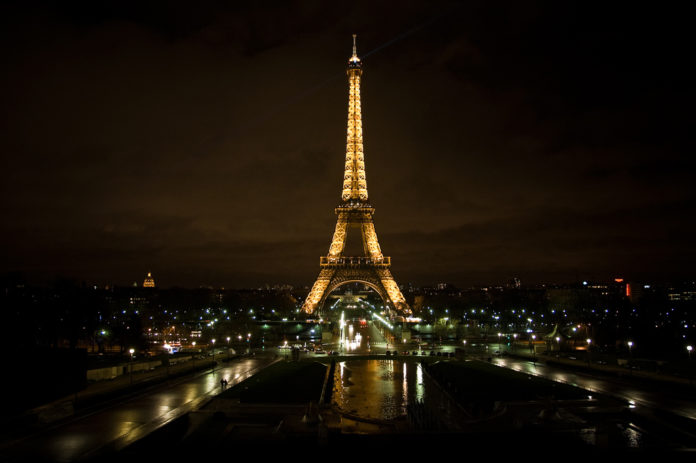 A French solider opened fire on a man wielding a machete and shouting “Allahu Akbar” (God is Greatest) as he tried to enter the Louvre’s shopping centre in Paris. Prime Minister Bernard Cazeneuve has said the attack was “terrorist in nature.”

The solider fired five times at the man after he ran at soldiers, wielding a knife, wounding one of the patrol officers. The armed ‘terrorist’ was shot in the legs and the stomach, suffering serious injury. The incident took place around 10am in the Carousel du Louvre, an underground shopping centre located near the entrance to the Louvre museum.

“We are dealing with an attack from an individual who was clearly aggressive and represented a direct threat, and whose comments lead us to believe that he wished to carry out a terrorist incident,” Michel Cadot, the Paris Police prefect, told reporters. “There was also a second individual who was behaving suspiciously, who has also been detained, but for now there does not appear to be a link between that individual and the attack.”

The Louvre, which is home to a number of celebrated artworks, is the most visited museum in the world. The area around the Louvre has been secured and visitors are being evacuated from the premises, according to reports. The visitors, around 250 people, had been locked inside the museum before being let out in small groups after their identities had been checked.

“It was intense and everyone was scared at first because the situation was unclear but people settled down after we heard from the head of security that it was safe,” Hector Clark, a Londoner visiting Paris on a four-day trip, who had been locked in the Louvre with other visitors, told The Local.
“We got evacuated to the top floor, everything was calm and well handled, we have been up here for an hour or so but we are being allowed to leave now. The situation is stable. We are allowed out in small groups.We are now just grateful to leave.“
During the attack, visitors were instructed by staff at the museum to crouch on the floor. Meanwhile, witnesses have reported seeing a crowd of people fleeing from the scene screaming.

The attacker was also seen carrying a backpack during the attack; further investigation has revealed that the bags did not contain any explosives and posed “no threat.” The attacker, who is reported to be alive, was taken to a hospital to receive treatment. A second man, believed to be acting suspiciously in the area, has been arrested in relation to the attack.

The solider who opened fire is part of ‘Operation Sentinelle’, a government security operation put in place following the Charlie Hebdo attack on January 7, 2015. As part of the huge operation, soldiers have been patrolling French landmarks ever since. The city has been on high alert following the string of attacks in Paris and Nice over the last two years.

This article (Breaking News: French Soldier Shoots Man Wielding a Machete in Attack of ‘Terrorist in Nature’) is a free and open source. You have permission to republish this article under a Creative Commons license with attribution to the author and AnonHQ.com.