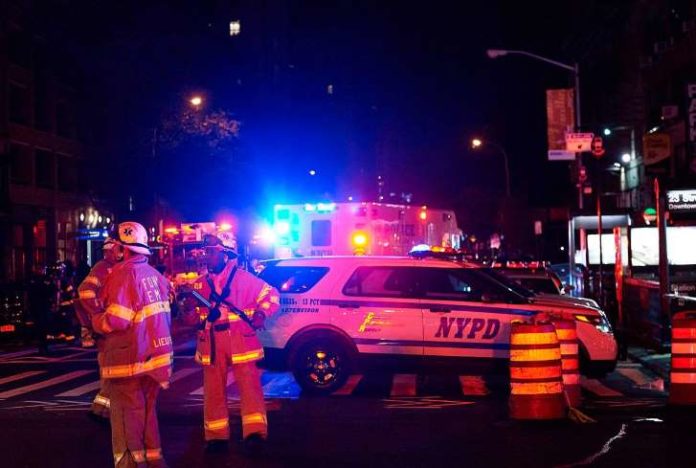 An explosion on W. 23rd street and 6th avenue in Manhattan has left several people injured. In what is suspected to be a terrorist attack, the blast was triggered by a “bomb in a trash can.” It occurred somewhere around 8.30 pm local, September 17.

Various accounts have notated somewhere between 14 and 26 people injured, but no official account has yet been released of the numbers. It is also important to note, that at this stage, everything coming out is unconfirmed and mainly via Twitter, however, the NYPD bomb squad is on location at what is described on a New York City Alert – via Twitter – as an “IED Explosion.”

The counterterrorism squad, FBI and Homeland Security are also reported on scene, with some reports coming in describing this as a “major emergency response.”

None of the injuries appear to be life threatening.

Impacting several metro lines, commuters are encouraged to seek alternative modes of transportation while police in the area search for further bombs.

These reports have followed a pipe bomb explosion in Seaside Park, New Jersey, shortly before the charity 5K race – where thousands of runners were anticipated to participate.

There have also been reports of an explosion in Charlottesville, Virginia, at the Downtown Mall area between 3rd Street and Water Street. The Charlottesville Fire Department is on scene investigating the area, but no reports of injury, fire or smoke have been confirmed at the time of writing.

This article (BREAKING: NYC “IED Explosion”: Terrorist Attack, 26 Injured) is a free and open source. You have permission to republish this article under a Creative Commons license with attribution to the author AnonWatcher and AnonHQ.com.