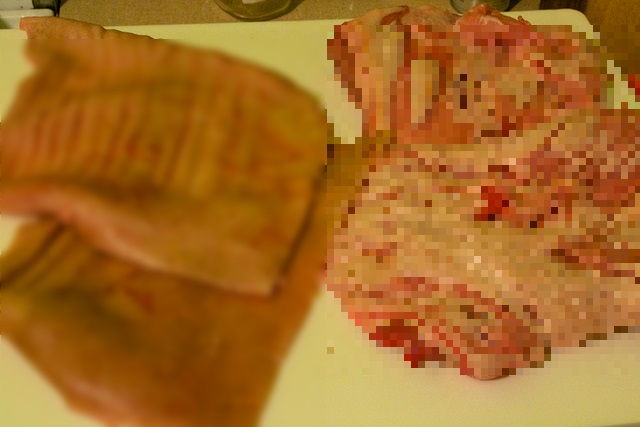 Impoverished women are paid only $150 for their skin; some have their skin stolen from them after being drugged.

A report from Indian news site Youth Ki Awaaz exposed additional horrors of human trafficking that human rights organizations were not aware of and the groups are now frantically investigating the claims. According to Soma Basu, an investigative journalist for Youth Ki Awaaz, women living in poverty are being bribed into selling large chunks of their skin to be used for breast and penis enlargements.

Basu took to the streets of Kathmandu, Nepal, where she says, “almost everything is for sale after 9 pm on the streets,” in an effort to find both victims and perpetrators of skin trafficking to discover how the system works. What she found was gruesome.

Impoverished women are reportedly commissioned by an agent to sell around 20 square inches of skin for just $150. However, when Basu spoke with a convicted organ trafficker, 40-year-old Prem Basgai, he said that the skin patches could actually be much bigger:

“Skin is in huge demand. A 100-inch square piece of fair skin sells for Rs 50,000 to Rs 1,00,000 in Delhi and Mumbai. Agents take women till the Indo-Nepal border. From the border, another agent takes them to India and hands them over to another agent. The third agent arranges extraction of the skin. The women have to sign that they have donated the skin and not sold it.”

Though organ trafficking has been one of the evil components of human trafficking for some time, skin trafficking is an entirely different faction. Skin trafficking could affect any number of women, even those that aren’t stolen and constantly trafficked by crime organizations, where they would be easier to locate and free. These women that are selling their skin could be someone that goes back to their regular life afterwards, with only their scars to tell the horrific tale of their sacrifice.

The skin is allegedly sold to pathology laboratories in India, where it is first processed and then exported to companies within countries like the U.S. that manufacture skin and tissue derivative products for the plastic surgery market.

“We are stunned by the report,” Khadka said late on Thursday. “We will investigate and if found to be correct, the government will make all efforts to stop this heinous crime and punish those responsible.”

While this is a huge problem even for those that agree to the procedure in exchange for money, that’s not always the case for the women that wind up with missing patches of skin. One woman, Sushila Thapa, was working at a brothel after being forced to find steady income when she suddenly had the huge scar on her back. She assumed that the missing skin was stolen from her by a client with a fetish, but learned later that she had been drugged by her traffickers, who then stole her skin.

Sadly, emerging reports and awareness won’t bring this practice to a halt because crippling poverty continues to drive women to these last-resort options, but it can alert human rights organizations that can help to look for warning signs and save people before it’s too late.

This article (Officials Investigate Disturbing Reports Of Poor Women Being Bribed To Sell This Body Part) is free and open source. You have permission to republish this article under a Creative Commons license with attribution to the author and TrueActivist.com