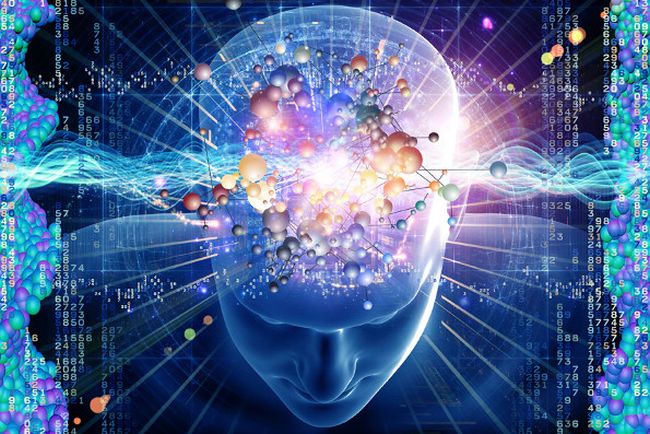 US-based doctor, author, enterprenuer and motivation guru Dr Deepak Chopra recently challenged Darwin’s theory of evolution, which established that all species of life descended from common ancestors, saying it is “consciousness” and not “random mutations and natural selection” that explains where the human beings today are.

“Charles Darwin was wrong. Consciousness is key to evolution and we will soon prove that. The human mind is an embodied and relational process that regulates the flow of energy and information in an ecosystem. All the cells in the body do not only participate in, but actually listen to the conversation anyone holds,” he told the audience at the India Today Conclave 2015 in New Delhi.

After he read a recent exchange in the Washington Post ‘Answer Sheet’ blog, where Steven Newton rudely mocked Deepak Chopra’s view that ‘consciousness drives evolution’, Stuart Hameroff, an anaesthesiologist, professor, and consciousness researcher tried to re-evaluate his notions about human body and its relation with the universe to arrive at the conclusion that Chopra’s view is likely to be scientifically correct.

The universe is more like a living organism with a conscious purpose. Modern physics sees evidence that the primal presence of consciousness is in itself the reason why, contrary to the law of entropy, the universe is not running down. In other words, consciousness or “mind-at-large” is primal to “human” consciousness, not the other way around. We’ve got it backwards.

Newton wrote in The Huffington Post, “Unable to account for awareness, feelings and qualia through computation, prominent neuroscientists Christof Koch, Giulio Tononi and others have resorted to ‘panpsychism’, the notion that consciousness is a property of matter. British physicist Sir Roger Penrose suggests the rudiments of consciousness occur in fine scale quantum events in the very structure of the universe. In panpsychism, or the more refined Penrose approach, consciousness or its precursors would have existed in the universe all along, or at least when life on earth began. And if that’s true, primitive conscious feelings, e.g. pleasure, could have been the ‘spark of life’, a fitness function toward which life formed and evolved to optimize pleasure, to ‘feel good’.

“Consciousness drives evolution. And as Penrose suggests, conscious quantum events intrinsic to the universe solve other problems like the ‘Anthropic principle’, why the universe is perfectly tuned for life and consciousness. Problems in evolution, brain science, quantum physics and cosmology all fade away with consciousness as an intrinsic feature of the structure of reality.”

Chopra commented on Newton’s take: “I think the article opens the door to consciousness as the driver of evolution. If the universe is imbued with subjectivity then the evolution of species is evolution of species of consciousness. Each species has then its own qualia vocabulary. In early stages this could just be a simple pleasure/plain principle. In later stages they could be the longing for truth, goodness, beauty, harmony, love, compassion, joy, equanimity, altruism. If consciousness is infinite it must be set up for maximum diversity – that is every conceivable combination of sensations images feelings and thoughts. Well at least we have an opening for a new paradigm rather than pure mechanistic random mutations and natural selection.

Physicists claim that we live in an intelligent universe and that the universe is a great big mind. Yet, evolutionists claim the concept of mind-at-large to be a sign of the evolution of human intelligence from inorganic matter – reality is a creation of the human mind, or the “conscious observer”.