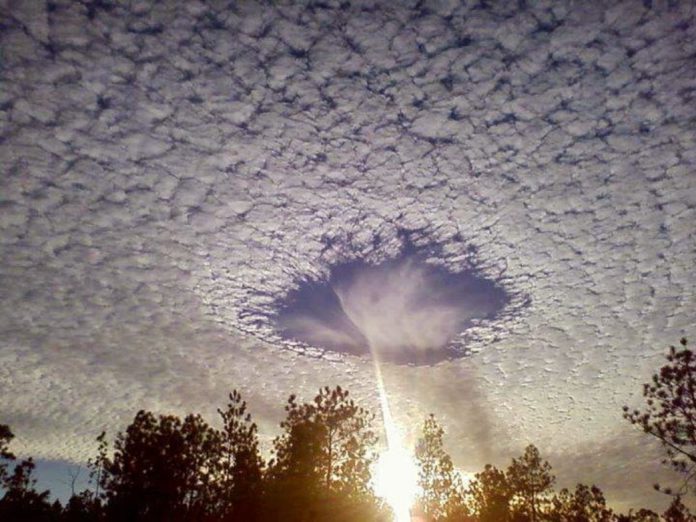 What was once a conspiracy, is now becoming fact to those who used to deny the existence of ‘chemtrails’ and the constant spraying of them into our atmosphere for some time now. What’s also incredible is that those same people are now able to differentiate between chemtrails and contrails.

It wasn’t so long ago that a lecture was given by NASA about their Jet Propulsion Laboratory at the California Institute of Technology. The presentations given by scientists and engineers explored the theme of Geoengineering and Climate Intervention.

Geoengineering incorporates strategies to battle and cut the effects of climate change and global warming. It’s a deliberate intervention in the Earth’s climatic system. During the lectures, one method for doing this was illustrated, called Solar Radiation Management (SRM). SRM is the act of spraying stratospheric aerosols into the atmosphere. They outlined how SRM would involve aircraft spraying atmospheric aerosols over decades.

The spraying of aluminum into the atmosphere is also considered within the programs. “There might be some good reasons to think about aluminum. Aluminum has four times the volumetric rate for small particles as does sulphur. That means you have roughly 16 times less the coagulation rate, and that’s the thing that really drives removal.” – David Keith, Canadian Environmental Scientists, Professor of Applied Physics at Gordon McKay, Professor of Public Policy, Harvard University and President of Carbon Engineering.

Aluminum contains aluminum oxide and thorium oxide, which have high emissivity and are considered harmful. The question remains, why does the Department of Defense and the CIA have a hand in backing these geoengineering projects? Is climate and geoengineering a national security issue?

An observation made by Rosalind Peterson, President and Co-Founder of the Agriculture Defense Coalition (ADC), identified at a 2007 United Nations inquiry on global warming:

“One of the things that’s affected by climate change is agriculture, but some of what we are seeing is man-made, but man made in a different way than what you may guess. Weather modification programs, experimental ones done by private companies, the US government, are underway and there are more than 50 operations underway across the United States. All of these impact agriculture because they change the micro-climates needed for agriculture to survive. None of these programs are done with oversight. International corporations are modifying our weather all the time, and modifying it in ways that cover thousands and thousands of square miles. Most of it is chemically altered, so what happens is that we are putting ground based chemicals that are shot into the air that change and modify our weather.”

The evidence that geoengineering techniques have begun, is in the skies. Chemtrails tend to expand across the sky, spreading out until they look a lot like ‘fluffy’ lines of clouds; as opposed to Contrails, which don’t.

The controversial topic of global warming presents many questions, but is it a justification for the use of geoengineering? Is there an alternative agenda we’re unaware of? Regardless, human activity has paved the way to our environment’s destruction… the final question is, to what point will we allow this to continue?

This Article (CIA and NASA back proposals to spray aerosols into atmosphere) is free and open source. You have permission to republish this article under a Creative Commons license with attribution to the author and AnonHQ.com.