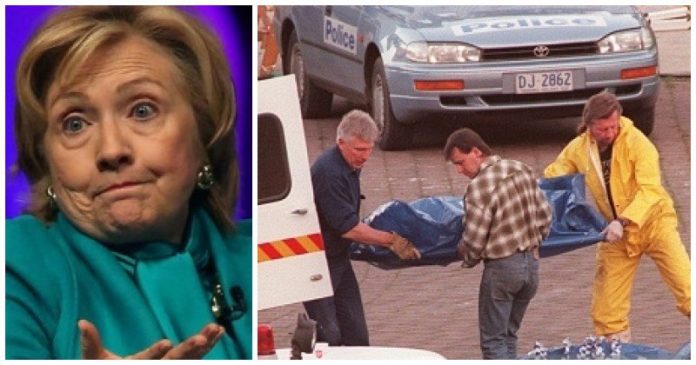 The Clinton body count grows with 5 people found dead, all with solid links to Hillary Clinton’s campaign, the Democratic National Committee (DNC), and the Clinton Foundation. Even more alarming is the media blackout on these mysterious deaths and the overwhelming evidence that those who died had insider knowledge that could have taken down Hillary and the whole Democrat Party.

Over the last month, bodies close to the Clintons and DNC have been dropping like flies. Five more have been added to the Clinton body count, adding to the speculations that Hillary won’t let anyone stand in her way, no matter what it takes. As the mainstream media seemingly avoids these stories, here’s what we know about those who met an untimely death after their ties to the Clintons and the DNC seemed to threaten Hillary’s presidential aspirations.

DNC staffer Seth Conrad Rich was the Operations Director for Voter Expansion at the DNC. Rich had all the top secret information about the DNC’s inner workings, and when he shockingly turned up murdered, it had Washington insiders talking cover-up.

It looked like a robbery gone bad until further details emerged. “There had been a struggle. His hands were bruised, his knees are bruised, his face is bruised, and yet he had two shots to his back, and they never took anything,” his mother, Mary Rich, told NBC News.

According to the Daily Mail, “The mystery surrounding his death has sparked a flurry of theories posted online, including claims that he was on his way to speak to the FBI when he was shot. There have also been suggestions he fed Wikileaks the 3,000 DNC emails that were released at the start of the party’s convention last week.”

Seth Rich’s position at the time of his death was Director of Voter Expansion, and he described himself as an analyst. He would have key information about all DNC voter fraud schemes. Rich’s death is very convenient for Hillary and the DNC, a little too convenient when you consider that he was the main operator at the DNC with access to all top secret documents.

Joe Montano, who was a former DNC Chairman, would have knowledge of the criminal activities used to get Hillary Clinton elected. Montano died from what was said to be a heart attack on July 25, the day the DNC started.

At 47-years-old and in good health, a heart attack is suspicious. Montano was on low-dosage of high blood pressure medication, which means his hypertension was under control, which put him more at risk of low blood pressure. His family says he was packed and ready to go to the DNC convention when they found him dead. They report he was in tip top health.

His death was within hours of the Wikileaks dump that outed then-DNC Chair Debbie Wasserman Shultz. Montano was also an aide to VP nominee Tim Kaine, which makes one wonder what he knew. Insiders say Montano could have known too much about the DNC scandals and Tim Kaine.

In another Clinton-linked death, as MW News has previously reported, Shawn Lucas, the lead attorney who was working to expose the DNC fraud case in Floridawas unexpectedly found dead in his home.

A viral video shows Lucas serving the DNC court papers. Lucas’ death is still under investigation, but the mere fact that he was alive, serving court papers on the Clintons and the DNC, and the next minute dead under suspicious circumstances, is leaving everyone pointing straight at the Clinton crime family.

Another strange death is that of Victor Thorn, who was a prolific author and seasoned investigator of the Clintons. He was best known as a Clinton expert, writing over 6 books on all of their scandals. Co-workers report he was working diligently on a new Hillary scandal, and his brother reports he possessed damaging top secret emails involving the Clintons.