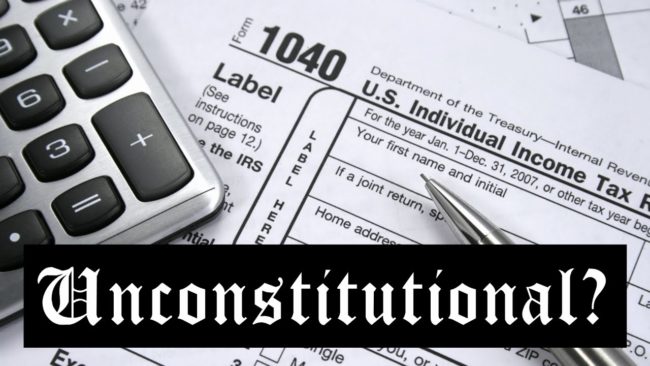 This past January Rand Paul submitted a bill which called for a full audit of the Federal Reserve, a measure which was almost unanimously supported by every Republican but ultimately blocked by gridlock after the Democrats nearly unanimously voted against it. Two weeks ago the Republican controlled House was in the headlines after holding hearings calling for the impeachment of IRS commissioner John Koskinen, something the Democrats and White House called “ridiculous“. Now the largest group of Republicans within the House of Representatives is proposing new measures to completely close down the IRS for good.

As you can see, aggressive policy against the IRS is something that is very high on the political agenda for Libertarians and conservatives this election season and closing the agency is something these two groups have been advocating for decades. However, this has always been considered nothing more than idealism and empty speeches, but in 2016 the reality of shutting down the IRS appears closer than ever. The latest measure comes on behalf of the Republican Study Committee which consists of 172 members, nearly 2/3 of all Republicans serving in the House of Representatives, all of which have signed a pledge calling for “the complete elimination of the IRS.”

In a press release dated April 22nd, the committee goes on to point out “the Internal Revenue Service (IRS) is at best an inefficient behemoth weighing down our economy. At its worst, the IRS has shown a capacity for outright corruption and political targeting. Under the Obama Administration, the IRS has illegally targeted conservatives. It has channeled millions of taxpayer dollars away from taxpayer assistance for employee bonuses. It has allowed taxpayer information to be compromised in a data breach. The IRS has even intentionally leaked confidential taxpayer information. Despite these facts, the president’s budget actually calls for increasing spending on the IRS by $1 billion.”

Going on to add “this proposal takes the bold step of calling for the complete elimination of the IRS. Tax collection and enforcement activities would be moved to a new, smaller and more accountable department at the Treasury.”

After Being Warned About Security Flaws, IRS Admits Hackers Obtained Confidential Information on Over 110,000 Tax Payers on IRS Databases: http://thehill.com/policy/finance/251292-irs-taxpayer-breach-larger-than-first-reported

In 2015 alone the IRS collected 3.3 trillion dollars in tax revenue and processed nearly 240 million tax returns. Eliminating the agency and timely replacing it with a formidable organization will admittedly be a large task to undertake. Something that many people say may be logistically impossible and as other reporters have pointed out, there is a small minority of Republicans who are actually opposed to closing the agency. Furthermore, as mentioned earlier, abolishing the IRS is something idealists have been touting over for decades now with little to no results. Since 2010 Congress has successfully de-funded the IRS by 17% – their crowning accomplishment in this particular political battle. If conservatives are to be realists about the situation they would see that if Mr Paul’s bill could not pass the House this January, after nearly 100% of Republicans voted in its favor, then it is extremely unlikely this 2/3 majority of Republicans will be any more successful. But hey, a conservative can dream right?

This article (Congress Moves To Abolish The IRS) is free and open source. You have permission to republish this article using a creative commons license with attribution to the author and AnonHQ. Join the conversation at www.anonboards.com