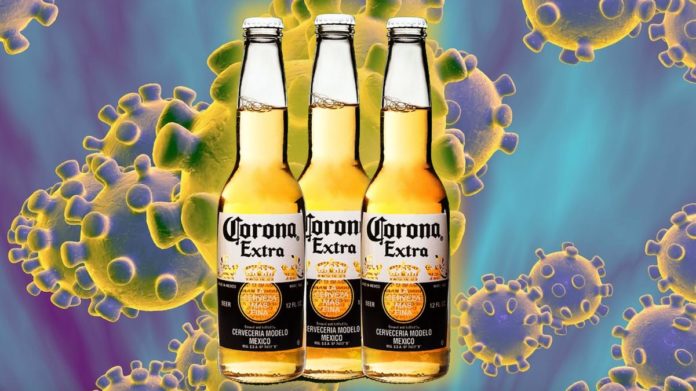 As the world struggles to control the novel coronavirus outbreak, Mexican beer brand Corona has suffered despite having no connection with the disease.

5W Public Relations revealed Thursday that 38 percent of beer-drinking Americans refuse to buy Corona “under any circumstances” while another 14 percent said they wouldn’t order a Corona in public. In the meantime, 16 percent of beer-drinkers in the U.S. were confused as to whether the beer and the virus are related. The survey encompassed polling from 737 beer drinkers in the United States.

As seen in the tweet below, the popular corporate media outlet CNN falsely tweeted that “38% of Americans wouldn’t buy Corona beer “under any circumstances” because of the coronavirus, according to a recent survey.”

This led to a flurry of misinformation across social media on Friday with people parroting the statistic that 38 percent of Americans think Corona beer is linked to COVID-19, the disease caused by the novel coronavirus.

The survey, it turns, out, does not say this!

What it says:
-38% of beer drinkers say they wouldn't buy Corona (for any reason at all, including, presumably…they prefer other beer)
-4% of people who usually drink Corona say they would stophttps://t.co/X4Wa6tLR3z https://t.co/r37un3LRSG

As it turns out, only 4% of people who typically drink Corona beer have said that they will stop.

In a separate survey conducted by YouGov, the firm found that consumer intent to purchase Corona has plummeted to its lowest level in two years. The survey also showed that Corona’s buzz score—a metric measuring favorability—has likewise fallen by a significant measure since the beginning of the year.

Despite the public relations nightmare, parent company Constellation Brands isn’t planning to make any marketing changes. Constellation, which brews a number of variations of the popular beverage, said in a statement that its customers “understand there is no link between the virus and our business.”

“Sales of Corona remain very strong and we appreciate the continued support from our fans.

Our advertising with Corona is consistent with the campaign we have been running for the last 30 years and is based off strong consumer sentiment.”

However, the outbreak of the disease could spell disaster for the company as it rolls out a new Corona-branded hard seltzer through a $40 million promotional campaign. Early sponsored tweets advertising the drink as “coming ashore soon” have already sparked a backlash on social media, with some claiming the ad is in “poor taste” and that the brand should “lay low for a few weeks.”

On Thursday, Constellation Brands reported that its stock had dropped by 8 percent. However, the entire stock market has also been plummeting, with stocks of all kinds dropping across the board due in part to fears related to the fast-spreading virus.

No one wants to hear from you right now, Corona